I love listening. It is one of the only spaces where you can be still and moved at the same time. — Nayyirah Waheed — Monday October 10th — 17:22 (CEST) —

“What art does — maybe what it does most completely — is tell us, make us feel that what we think we know, we don’t. There are whole worlds around us that we’ve never glimpsed.” Greil Marcus — Monday October 10th — 17:22 (CEST) — 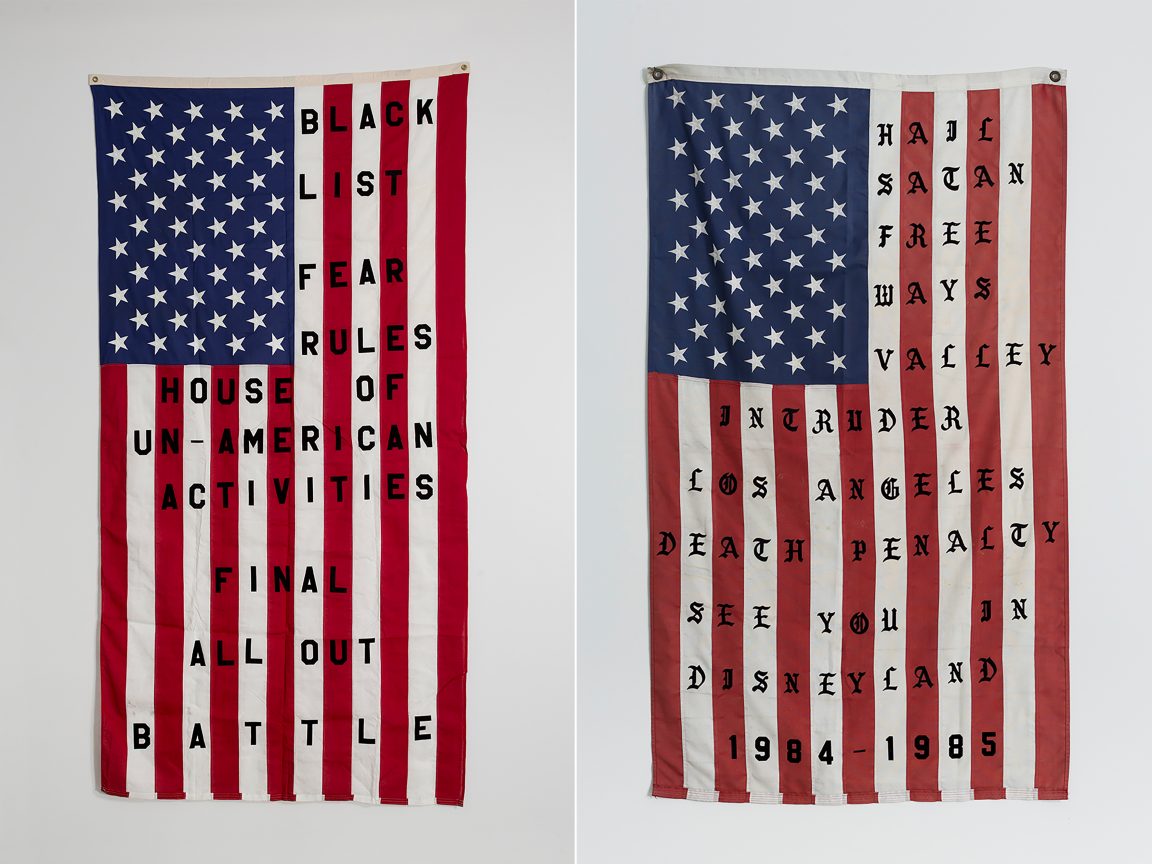 For most of the last 15 years, Cali Thornhill DeWitt’s name was only known in artistic circles, despite the fact that he’s been deep in pop culture’s (edgier) inner circle from a very young age. The Canadian-born grows up in the San Fernando Valley, goes on tour with Courtney Love’s band Hole as a youngster, even briefly lives in Seattle —working for the royal couple of grunge as Frances Bean Cobain’s nanny (plus appearing in drag on the actual cd of Nirvana’s ‘In Utero’ album)— and at the age of 19 he moves to New York City. Two years later he returns to Los Angeles, where he starts working as an A&R at Geffen and eventually co-founds his label Teenage Teardrops, alongside Bryan Ray in 2006 (which now a days also houses a publishing branch and is run by the artist together with his wife Jenna). In this period, halfway the first decade of the 21st century, DeWitt also begins expressing himself visually, soon finding a signature genre of visual poetic work, which we feel could be best described as Gangster Holzer, also strongly reminding of the inspirational work of Eike Koenig. From that period on the multitalent has been creating a diverse field of output: from music video’s, album artwork, photography projects to radio shows and numerous publications — establishing himself as an artist with the cool of a rock star, always pushing himself in finding new areas for his artistic expressions.

We fast-forward to 2014, when DeWitt creates a sweater for his friend Joerg Koch, founder and editor-in-chief of 032c. After having been a respected name in the LA art scene for about a decade, showing his work all over the globe, it is then that the name Cali Thornhill Dewitt would transcend its familiarity in just the art world, entering the pop cultural realm. DeWitt’s present to Koch is one of the artist’s creations inspired by the memorial sweaters worn mostly by Mexcian-Americans after a beloved family member or friend has passed away, which DeWitt had been creating for his art shows before, sporting his poetry in signature gothic letters on the back and front. For Koch he creates a commemoration to the late troubled actress Romy Schneider, because of their shared nationality. At the time, the leading German culture magazine is in the middle of getting its merchandise operation going, and Koch decides that he likes the sweater so much that a small run is reproduced for sale (including the typo in the German text). Today it’s in its third (or fourth?) run, available at high end web-boutique ssense (before selling out, again) where Koch is editor-in-chief since 2015, and even though the sweater being not as scarce as it once was: it’s still worn by some pretty cool people.

Some months after the Romy Schneider sweater is first released by 032c, another wearable creation of DeWitt becomes a prop in pop cultural history, when Kanye West wears a oversized ‘DONDA’ sweater to that launch of Jay-Z’s music streaming service Tidal in March of 2015. Although at that time very few know that DeWitt has created that particular sweater, it forms the official start of the extensive collaboration between pop culture’s current loudest (and most ambitious?) voice and the Canadian artist, so far including a commemoration to Kobe ‘Mamba’ Bryant and several complete ‘collections’ of The Life of Pablo merchandise, having had site specific pop-up sub-items all over the world in 2016. And although, even today, probably less than more people actually know who’s the artistic visionary behind their much-hyped Pablo sweater, the name of Cali Thornhill DeWitt can be found all over the internet’s pop corners since last year — for the first time making him somewhat alike the people he has been so close to since his teenage years (although maybe even being nolens volens…)

Fortunately his new status hasn’t stopped the artist in putting his own projects (it probably helped/will help in the future) out in any way, with a new exciting body of work being presented at Copenhagen-based gallery Eighteen next Thursday the 13th of October. Named ’29 Flags’ the exhibition takes its departure in recent American history, with a prominent role for its most famous icon: the Stars & Stripes. The series consists of 29 vintage USA flags, with flock lettering, in various sizes and from various time periods and places. Each work refers to a specific iconic events in American (cultural) history; from the death of Marilyn Monroe, The Waco siege, Elvis comeback concert, The cult of the Manson family, Traci Lords’ underage porn, The Unabomber to the trial of O.J Simpson.

When I was a kid I was terrified by the news. Nuclear war was imminent. Satanists were on every block. When I was 12 The Nightstalker had LA checking the locks on all their doors and I started sleeping with a knife under my pillow. The far right was doing their best to control anyone with different ideas and lifestyles and hateful evangelists were scandalized for the human behaviors they demonized from the pulpit.

While I was recalling events and choosing what these flags would be I quickly saw that I could have made the entire series out of current events. How many shootings have happened in the last 6 months alone? The horror continues.

’29 Flags’ investigates and reflects on events that mesmerized America and the rest of the world. These are not all major events seen in the harsh light of history, but mass media made them unavoidable and pushed them into the real of common western consciousness. These are all stories that we watched unfold in what seemed like real time. DeWitt deconstructs these moments in the exhibition, his language a mixture of haiku poetry, TV shop, breaking news and text message. He facilitates a memorial of moments: the new exhibition in Copenhagen forms a piercing wake for 29 Flags, or 29 —still relevant— moments from the past telling us about today.

Cali Thornhill DeWitt still lives and works in Los Angeles, where he, as mentioned earlier, grew up from the age of three. His multidisciplinary artistic practice reflects our complex and fragmented world, but instead of fostering first world apathy or nihilism, it induces curiosity, defiance and hope. He works in the tradition of names like Jenny Holzer, Barbara Kruger, John Giorno and the late Mike Kelley. Recent and ongoing (pop cultural) collaborations by DeWitt include Varg (album covers) Kanye West (Pablo World), Iceage (videos, album covers), A Four Labs (two collections), Someware (a collaboration with artist Brendan Fowler) and numerous projects with Haruka Hirata of Big Love — making him one of the most relevant artistic forces in pop culture working today.

His latest book; ‘Over The Volcano‘, has just been released at The New York Art Book Fair 2016. A publication for ’29 Flags’, made on the occasion of the exhibition, will be available in a very limited edition of 100.

For all information on ’29 Flags’ see here