“What art does — maybe what it does most completely — is tell us, make us feel that what we think we know, we don’t. There are whole worlds around us that we’ve never glimpsed.” Greil Marcus — Tuesday February 21st — 20:04 (CET) —

I love listening. It is one of the only spaces where you can be still and moved at the same time. — Nayyirah Waheed — Tuesday February 21st — 20:04 (CET) — 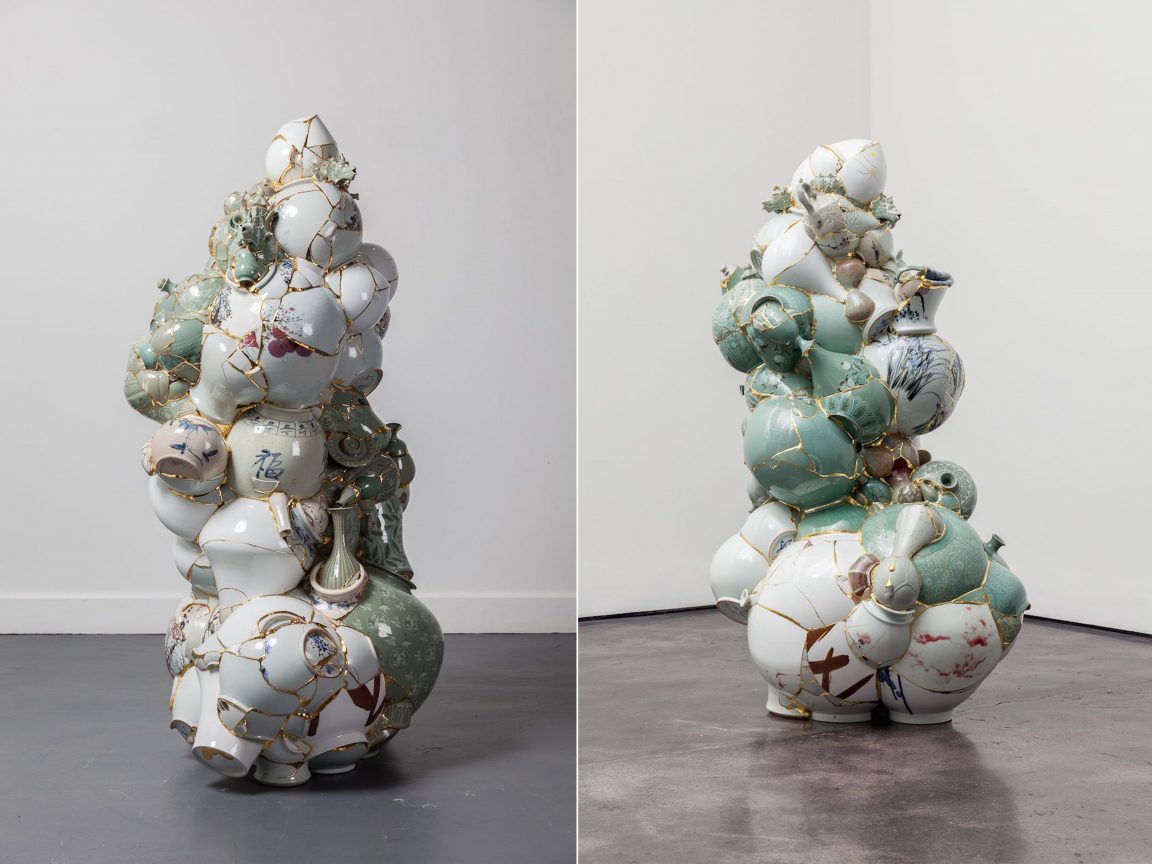 We have been deeply fascinated by the traditional Japanese art of repairing broken pottery with lacquer dusted or mixed with powdered gold, silver, or platinum named ‘kintsugi’, from the moment we discovered it while researching for our optical project, which eventually became our neo-luxury brand Mottainai. Recently we discovered a next level of kintsugi-use, when we encountered the beautiful work of Korean artist Yeesookyung, who masterfully uses the technique to create incredible imperfect sculptures: biomorphic yet still elegant works, composed from mismatched porcelain through the centuries-old Japanese tradition. Her first series in the style, now 16 years old, titled ‘Translated Vase’ was inspired by a different artisan tradition, from her home country Korea, where porcelain works that are not deemed sublime are systematically destroyed. From that first series on, she has continued to make the fused pieces to growing international acclaim. Intrigued by these tossed aside works and shards, Yeesookyung began saving fragmented tea cups and pots rejected by contemporary masters. Honoring the works’ dismantled states, merging the unwanted works together in a way that heightens the beauty of their distress. In this way she blends diverse methods to form a contemporary process that evokes both the elegant designs of her homeland and the delicate rebuilding of damaged works in the Japanese tradition perfectly marrying aesthetics and craftsmanship.

Through her imagination, Yeesookyung gives a renewed life to objects which have lost their specific function, and thereby gives birth to new works of art. Thousands of fragments are necessary for this reconstruction process as well as a meticulous approach to find the pieces that can fit together.

Yeesookyung’s large-scale sculptures feature hallmarks—such as celadon and blue and white glazes, and the unique form of repair using gold and lacquer—but do so in amalgamations of shattered ceramics, pieced together to achieve her unique dimensional effects. The sculptures take on biomorphic forms, at once whimsical and uncanny. Through this artistic proposition, her works create conversation between the richly diverse legacy of Korean ceramics and modern revolutionaries such as Peter Voulkos.

Yeesookyung received her undergraduate degree and MFA in painting from the National University in Seoul, but she also revels in poetry, dance and sculptural projects. She is represented by Kukje Gallery in Seoul, Locks Gallery in Philadelphia, and Ota Fine Arts in Tokyo. Her work has been presented at the Almine Reach Gallery in Brussels (2013),  Arko Art Center in Seoul (2010), the Vancouver Biennale (2009-2011), and Ota Fine Arts, Tokyo (2009). Last year during Spring, Yeesookyung’s work travelled to Europa once more, when she was in the group exhibition ‘Earth, Fire, and Soul – Masterpieces of Korean Ceramics’ at the Grand Palais in Paris.

For all information and work by Yeesookyung see here