“What art does — maybe what it does most completely — is tell us, make us feel that what we think we know, we don’t. There are whole worlds around us that we’ve never glimpsed.” Greil Marcus — Tuesday September 23rd — 15:49 (CEST) —

I love listening. It is one of the only spaces where you can be still and moved at the same time. — Nayyirah Waheed — Tuesday September 23rd — 15:49 (CEST) — 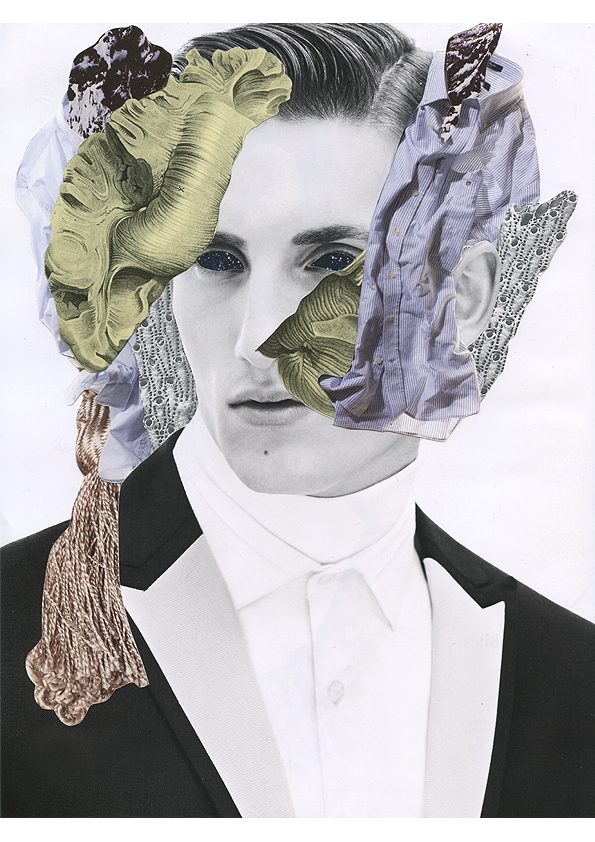 Although there had been earlier clues towards it, last Friday one of our favorite artists of the moment, Ashkan Honarvar, announced that the collage works which have been released under the pseudonym Who Killed Mickey for the last three years were also the product of his fascinating mind and that the project now has ended. The idea for Who Killed Mickey, which progressively grew over the period of the last years, came up in order for Honarvar to have an output where he could use all his leftover scraps from his regular work, but also to create collages just for the fun of it. These prerequisites translated into some of Honarvar’s most bold work, using familiar images from the fashion industry and pop culture combined with pornography and anatomical images, without a clear overall concept to be observed, but with his incredible signature aesthetic written all over it.

Jean who made these collages is a character inspired from one of my favourite books written by Jens Bjørneboe ‘The Powderhouse’. This is not the end but after 168 collages I’m done for now with Who Killed Mickey.

In an insightful interview with Schön Magazine the artist states on his vision of beauty:

Many years ago, when I was studying, I stumbled on a photograph from Jeffrey Silverthorne entitled Woman Who Died In Her Sleep, depicting a corpse of a woman on an autopsy table after her examination. There is this dreamlike vibe to the whole photo, the way her arms are placed and the gentle calmness in her expression. At the same time you can see the harsh reality in the way the autopsy has been done and the rough stitches. This photograph has since then inspired me so much in understanding beauty.

In the same interview the Iranian-born, schooled in Utrecht, The Netherlands and Norway-based artist also states to be a major fan of film and auteurs like David Cronenberg, Pier paolo Passolini, Terrence Malick, Matthew Barney, Lars von Trier, Andrezej Żuławski, Michael Haneke, Miklós Jancsó and Alejandro Jodorowsky. Although Honarvar creates single, although layered, frames we see how creating a narrative, like these auteurs, is a constant within his work, from his single collages which tell a story to the narratives created within his series.

All of Ashkan Honarvar’s art deals with the darker sides of the human mind through the undeniable and unavoidable beauty of the human body. The universal human body, used as tool for seeking identity, is the focal point of his work. By dissecting and rearranging images with careful aesthetic vision, Honarvar creates work with an intriguing macabre darkness. The artist was featured in a series of solo and group exhibitions over the last years mostly in Western Europe, but also in North- and South-America. His work has been published on- and offline in publications like Wallpaper, Vogue, L’Officiel and Interview Magazine. The artist is represented by the Steven Kasher Gallery in New York City and CES Contemporary in Los Angeles.

See for the whole Who Killed Mickey body of work here