I love listening. It is one of the only spaces where you can be still and moved at the same time. — Nayyirah Waheed — Monday September 27th — 22:44 (CEST) —

“What art does — maybe what it does most completely — is tell us, make us feel that what we think we know, we don’t. There are whole worlds around us that we’ve never glimpsed.” Greil Marcus — Monday September 27th — 22:44 (CEST) —

This nice blog was created in dedication to the Vivian Maier (1 February 1926 – 21 April 2009).  Vivian, a french-born street photographer from the 1950s – 1990s, who came to the US in childhood, worked for several years as a nanny in Chicago. Her photographs remained unknown until after her death and was discovered by John Maloof, a Chicago estate agent, at an auction in 2007. The work includes 100 000 mostly medium format negatives and lots of undeveloped rolls of film. 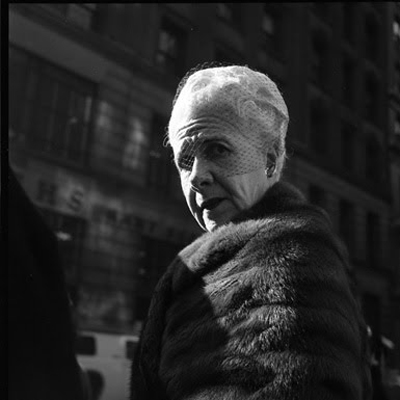 At this time, John has no idea what to do with this kind of street-photography-masterpiece. As you can read in his flickr post, he’s thankful for every direction.