Anything can happen in life, especially nothing. — Michel Houellebecq — Tuesday April 26th — 13:58 (CEST) —

“What art does — maybe what it does most completely — is tell us, make us feel that what we think we know, we don’t. There are whole worlds around us that we’ve never glimpsed.” Greil Marcus — Tuesday April 26th — 13:58 (CEST) — 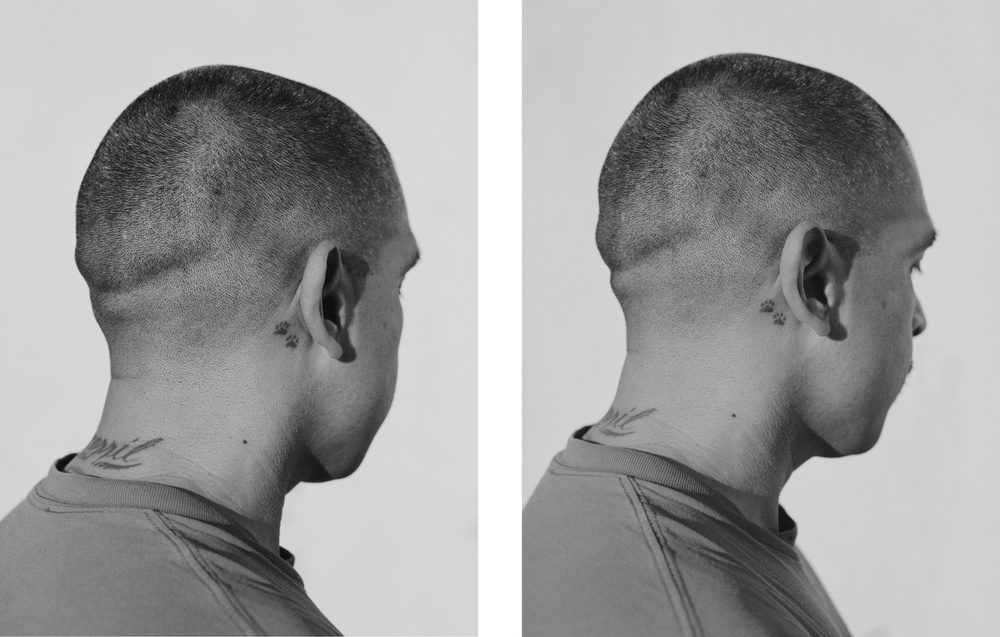 Released as a publication in 2014 by publisher Lecturis, Finnish photographer Heikki Kaski’s incredible ‘Tranquility’ series continues to travel the world. Last week the series came from Brussels to London as part of the Foam Talent exhibition at Beaconsfield Gallery, and subsequently it will find its way to Riga. No suprise there by the way, as it is still some of our favorite photographic work which we’ve encountered recently, moving between the fields of documentary and landscape photography, full of mysticism and narrative, in line with names like Wim Wenders and Todd Hido. The story of the series revolves around its slightly captious moniker: the Californian town of Tranquility, which Kaski visited repeatedly over the course of one and half year. The town exists on a new kind of frontier, which is geographical, but also historical, marking the seeming obsolescence of established forms of production and social organization. Heikki Kaski’s pictures of the town and its inhabitants are a fractured series of reflections on a landscape that seems to have outlived its own history. He does not offer a factual narrative about the specifics of this place, which is treated instead as the archetype of a particular situation, joining subjective experience to economic realities. This is an acknowledgement of the fundamental link that exists between the social order and the lives of those who exist within it. Kaski creates a distinct, palpably uneasy atmosphere, marked by the use of several, and often clashing, visual strategies to demonstrate the unresolved tensions that have come to define not only the place itself, but also evoke the inner lives of those people who call it home.

Heikki on ‘Tranquility’ in a conversation with Amuse:

I’m trying to keep the viewer in limbo about the meaning of the project, the place itself and the process of photography. Doubt and dissolution is the starting point – and the inevitable ending point as well. I’m trying to portray the paradoxes of doing such a project, the aims of social utility, a ‘psychological’ reading or the anesthetisation of a place, the American mythology and the divide of the nation.

What the pictures reveal is a state of material and psychological exhaustion, where familiar certainties have been undermined and even nature seems depleted to the point of absence – everything is flattened or scarred. A key pair of images here shows a shrouded tree with a few gaunt branches poking through its improvised wrapping. Kaski’s portraits tend toward a ambivalence, faces are averted or concealed. Even when his subjects face the camera their actions and expressions remain inscrutably private, perhaps because there is no shared vocabulary in America’s mythology for its own failures. They are seen as an individual rather than a public burden.

With his depiction of Tranquility create a rich and dense mood, from which we can draw our own conclusions. But this poetics is not altogether cut off from the realm of political forces, because those forces remain absolutely central to our lives (and the lives that he is concerned with), even when they go largely unseen. Their manifestation here is actually in the sense of strangeness that pervades Kaski’s narrative. What we are seeing is, among other things, the shadow side of unsustainable growth. The implied continuity of social and economic progress has been ruptured, exposing the hollowness at its core. In that sense, ‘Tranquillity’ could be anywhere; the ‘reality’ of his narrative is ultimately less significant than how Kaski has traced the fault lines of a pervasive condition.

Heikki Kaski was born in Kantvik, Finland and still lives and works in Finland and throughout Scandinavia. He studied photography at the Lahti University of Applied Sciences, Finland, and Valand Academy, Gothenburg, Sweden. Before pursuing photography, Kaski worked in the sugar industry. His work has been exhibited throughout Europe, including at the Extensions Hagen residency program in Dala-Floda, Sweden. The very first redition of ‘Tranquillity’ won the Unseen Dummy Award in 2013, and was subsequently published by Lecturis in 2014. Since then the series has traveled the world, having just left De Markten in Brussels for the Beaconsfield Gallery, after which is will be part of the Photo Month in Riga.

‘Tranquillity’ will be on show in London as part of Foam Talent at Beaconsfield Gallery until 22 May.