I love listening. It is one of the only spaces where you can be still and moved at the same time. — Nayyirah Waheed — Tuesday November 22nd — 10:00 (CET) —

“What art does — maybe what it does most completely — is tell us, make us feel that what we think we know, we don’t. There are whole worlds around us that we’ve never glimpsed.” Greil Marcus — Tuesday November 22nd — 10:00 (CET) — 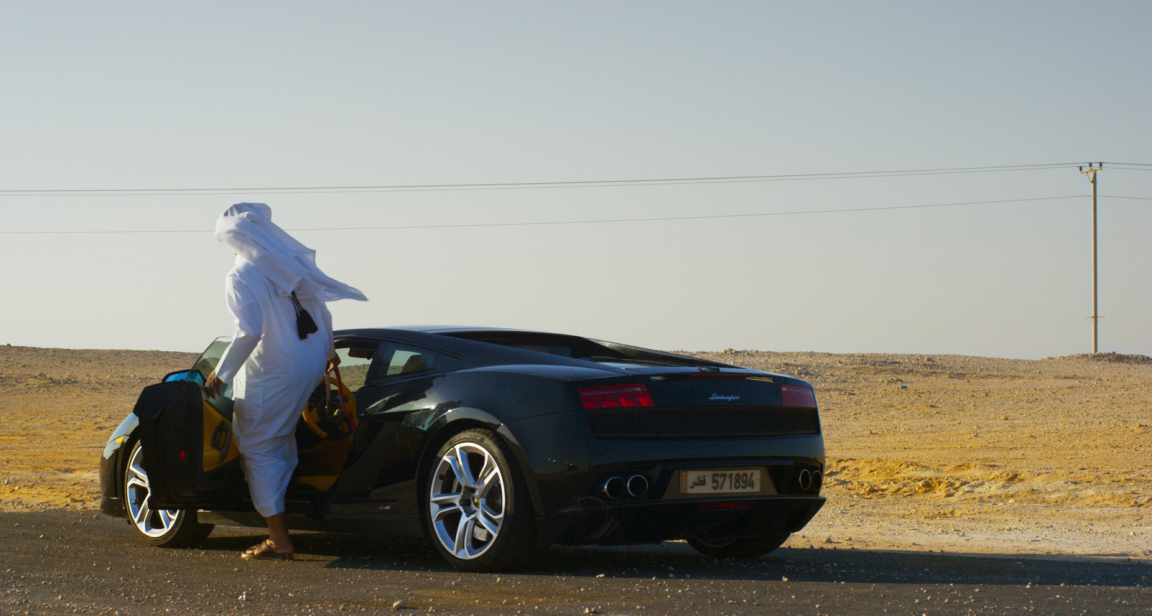 Last Thursday, we were lucky enough to have seen his latest feature length documentary named ‘The Challenge’ at the International Documentary Film Festival Amsterdam. The new project took Ancarani to the deserts of Qatar, where he both portrays the sport of falconry and the excessively rich who engage in it, without taking a stance, silently observing. Three years he explored this form of hunting in the field with his camera, which made it possible to capture the spirit of a tradition that today allows its practitioners to keep a close rapport with the desert, despite their predominantly urban lifestyle. The viewer’s guide to how they cross that threshold is a falconer taking his birds to compete in a tournament. In the glaring light of an empty landscape, following flight lines and lures, the film recounts a strange kind of desert weekend, in which technological and anthropological microcosms hang in the air, like the falcon, drifting on the irreversible currents of images.

When in Amsterdam, don’t miss this incredible work of art that will be shown at IDFA two more times: tonight and coming Saturday!

Falconry has a history that stretches back over 40 centuries. In the West it was a prevailing passion of the medieval aristocracy, but its prestige continues undiminished in contemporary Arab culture.

Born in Ravenna in 1972, Yuri Ancarani is an Italian visual artist, director and lecturer in Video Art at the NABA – Nuova Accademia Belle Arti (Milan). His work has been acknowledged both in the realms of cinema and of contemporary art. His last five films have been shown and awarded in more than a hundred international festivals – including Locarno, Venice and Toronto – and in the most important museums of the world, the Centre Pompidou in Paris, the Venice Biennale, the Guggenheim Museum in New York and he recently had a solo show at the Hammer Museum in Los Angeles.

Some of his most recent films are: (our introduction to his work) ‘Il Capo’, ‘Piattaforma luna’, ‘Séance’, and the incredible Cinema Eye Honors Awards price winning film ‘Da Vinci’, focussing on a robotic surgery department. In 2014, the last film before ‘The Challenge’ was released named ‘San Siro’, showing the historical football stadium in Milano in a totally unique manner, which was awarded the Fresnes Prisoners’ Award – Mention at the prestigious Cinéma du Réel.

Two more screenings of ‘The Challenge’ are scheduled at the IDFA in Amsterdam: tonight and Saturday the 26th of November, both at the EYE Film Institute. For all information and tickets see here