I love listening. It is one of the only spaces where you can be still and moved at the same time. — Nayyirah Waheed — Wednesday April 6th — 12:00 (CEST) —

“What art does — maybe what it does most completely — is tell us, make us feel that what we think we know, we don’t. There are whole worlds around us that we’ve never glimpsed.” Greil Marcus — Wednesday April 6th — 12:00 (CEST) — 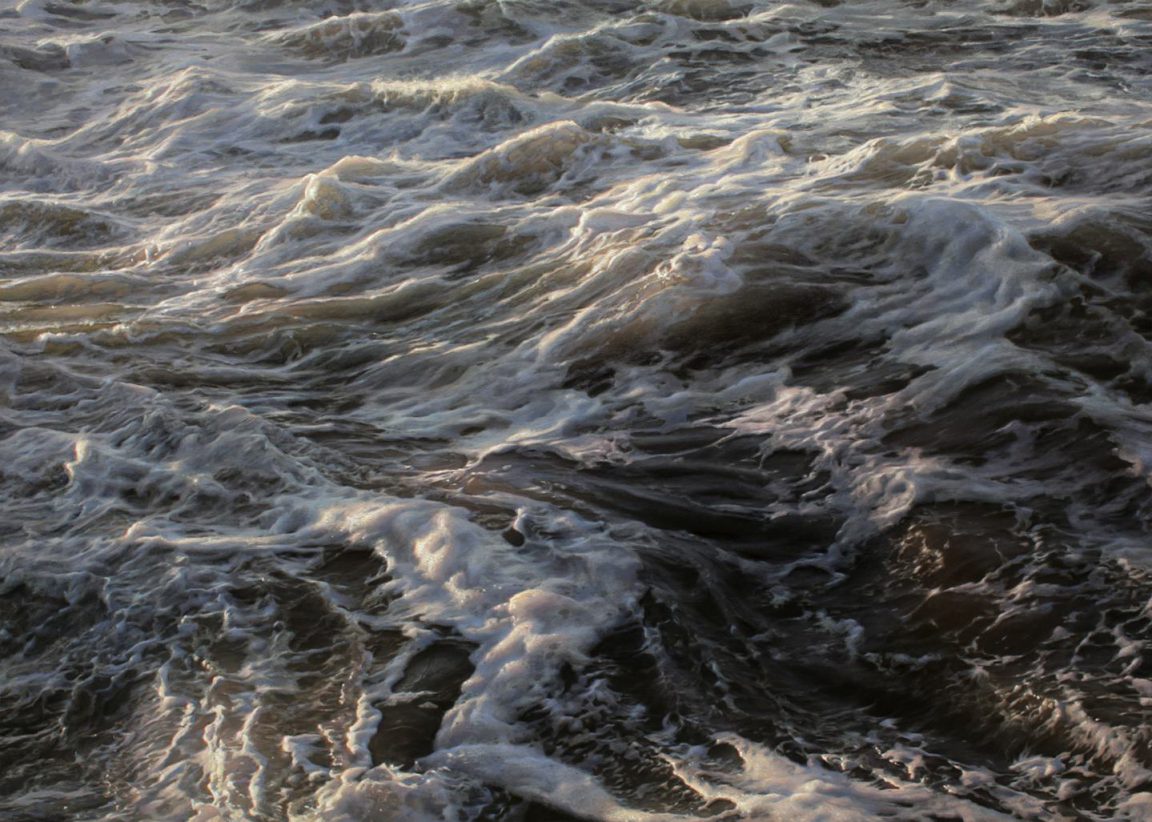 Last month, the New York City-based Robert Miller Gallery closed the first major solo exhibition of the inspirational American painter Ran Ortner, forming the perfect showcase of his incredible talent, which we encountered online recently by chance. Using oil paint, the painter plays mastefully on the lights, the focal length and the details of the huge waves he represents on canvas, making the result very realistic. The artist’s process focuses on his unique relationship with the ocean which is reflected in large-scale paintings of bodies of water. His new work examines the tender and terrifying interplay that occurs as waves crash against one another. An autodidact, Ortner has spent the past two decades creating a singular language with the ocean. It is in moments in the rhythm of moving water where Ortner finds inspiring potential. The intoxication he experiences through the elegant rage of the endless sea is what sparks each intricately layered painting, being some of the most impressive hyperrealistic work we have laid eyes on in a long time.

The ocean mirrors the tempo of my body, the beating of my heart, the in and out of my breath. Surging contractions birth swells that rise and then die. Waves like a metronome mark the present, each insisting: now.

The materials Ortner uses – colored mud or stone blended with paint – are very basic, stressing the elemental nature of the paintings’ construction, much to the same point as his use of a simple stick with animal hair fastened to it for a paintbrush. Employing a layering process inspired by the old masters, painting is a form of discovery for Ortner in which his technique is ever-evolving.

The back and forth fretwork of this layering is where Ortner holds his intention and energy. He strives for his paintings to take on their own life, rather than become a depiction; he paints the ocean seen, not the ocean.

Ran Ortner was born in 1959 in San Francisco, raised in rural Alaska and currently resides in Brooklyn, New York City. His first career was as a professional motorcycle rider, and he remains an avid surfer. Ortner moved to Brooklyn in 1990, where he began painting the ocean with a regard to its expanse, pulling from visceral body memories from decades of surfing. In 2005 he began to explore a particular kind of intensity realized through the layering of oil paint.

In 2009 Ortner won the inaugural ArtPrize competition, in 2011 his work ‘Deep Water No. 1’ was selected as the visual centerpiece of Le Bernardin, and in 2013 the Dutch government commissioned ‘Element No. 5’ for the United Nations’ World Water Day at the World Forum in The Hague. In July of last year, two of Ortner’s paintings were installed in the lobby of 7 World Trade center at the invitation of Larry and Klara Silverstein. ‘Element No. 1’ and ‘Element No. 2’ were on view in the building through mid-December 2015.

For more information and work by Ran Ortner see here