“What art does — maybe what it does most completely — is tell us, make us feel that what we think we know, we don’t. There are whole worlds around us that we’ve never glimpsed.” Greil Marcus — Wednesday October 5th — 16:16 (CEST) —

I love listening. It is one of the only spaces where you can be still and moved at the same time. — Nayyirah Waheed — Wednesday October 5th — 16:16 (CEST) — 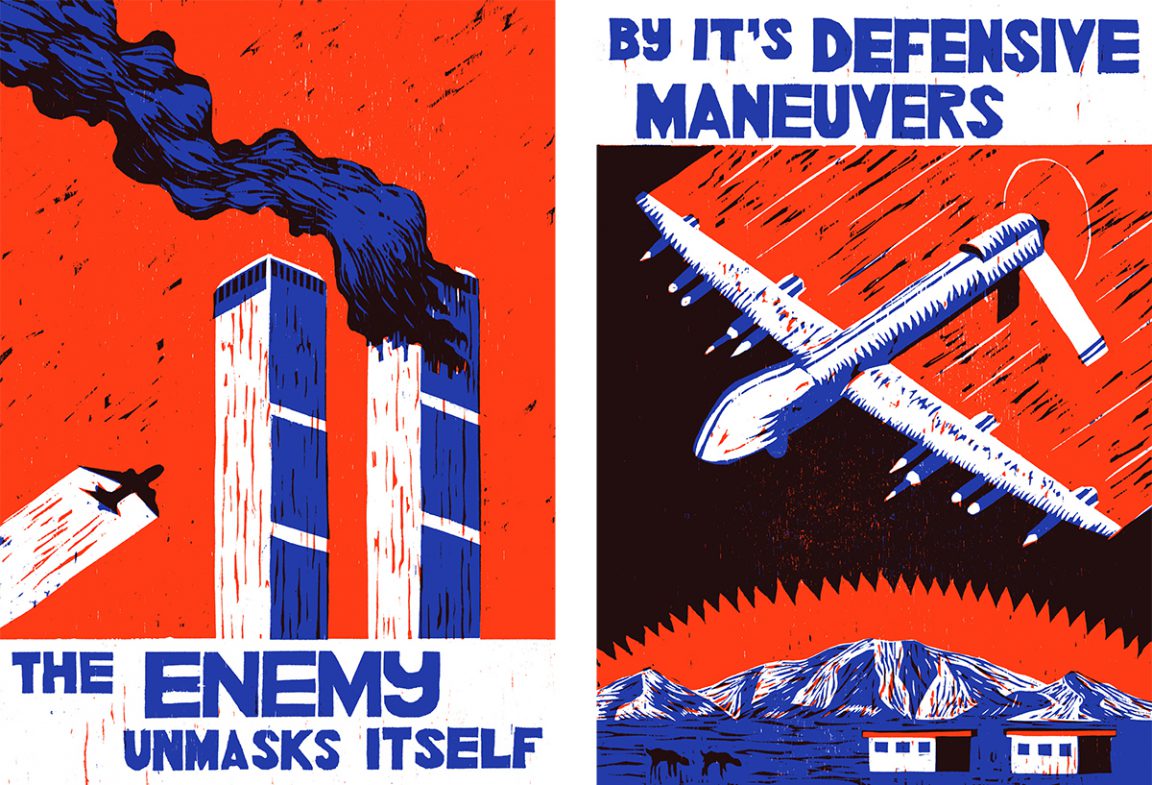 Last year we had a clear favorite out of all the graduates that left the Dutch art academies in the person of painter Jurre Blom, who we will write about again in the near future. This year is was a little bit harder to distinguish an undisputed favorite while visiting the different graduation shows, but after the passing of some months it is safe to say that artist and illustrator Jan Hamstra’s project ‘Manifesto of Doubt’ resonated the most.

Hamstra graduated as part of a highly talented Illustration class of nine from the Groningen-based Academy Minerva, being the most politically outspoken artist of the lot. Having cut his teeth while interning at two artistic icons; Berlin-based illustrator Henning Wagenbreth and Oslo-based woodcut artist Thomas Kilpper, Hamstra’s forsees a path somewhere in between the two, working with a raw impactful aesthetic signature focussing on precarious personal and societal (political) issues. The latter being an artistic ambition slowly turning into a rarity these days, with Hamstra proving the point that it continues to be amongst the most interesting and urgent fields for artists to reflect on.

His graduation project exemplifies all of his ambitions, having both a strong personal and political layer distilled into a captivating form. Every image of the book ‘Manifesto of Doubt’ is printed by hand, using intensive woodcut technique, which has been the technique Hamstra focussed on for the last two years at the academy. The left and right side of the diptychs form two components of a whole, standing in dialogue with each other. All images explore the theme of (political) resistance as found in the last 80 years of human history, portrayed from Hamstra’s individualistic perspective, measuring ideology and terror with his conscience — resulting in a remarkable project promising a lot for the talented artist.

My project is about raising doubt about all forms of political violence. In this research, I was often torn between sympathy and disgust, resulting in ‘Manifesto of Doubt’.

All of the 32 woodcuts that Hamstra created to print the book were also part of the exhibition of ‘Manifesto of Doubt’, next to three animated portraits of controversial activists: Bernadine Dohrn, Malcolm X and Edward Snowden. Combining both the finished printed elements of the project and revealing the labor that lays behind it completed the narrative of this project, which on top of this places itself in the rich artistic woodcut tradition, having been a technique of choice for many subversive minds that came before Hamstra.

After it was on display at Academy Minerva, ‘Manifesto of Doubt’ travelled to contemporary art museum Belvédère in the province of Friesland (on display until the 30th of October) whose curator Han Steenbergen scouted it at the graduation show.

Museum Belvédère is located at the Oranje Nassaulaan 12 in Heerenveen-Oranjewoud in the very North of The Netherlands. Opened Tuesday until Sunday from 11:00 — 17:00.

Make sure to follow the talented Jan Hamstra here