“What art does — maybe what it does most completely — is tell us, make us feel that what we think we know, we don’t. There are whole worlds around us that we’ve never glimpsed.” Greil Marcus — Monday March 13th — 10:05 (CET) — 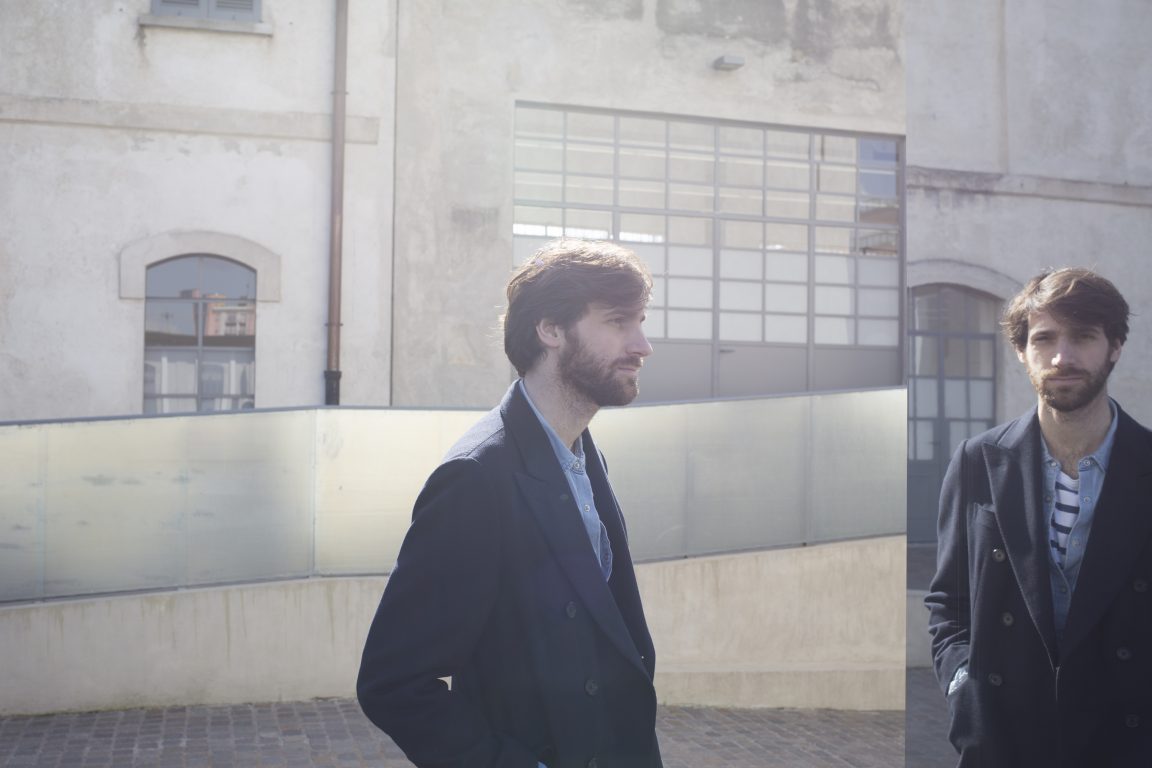 The heartbeat of luxury

We meet Italian fashion designer Davide Marello at an interesting time in his life. Only a few weeks before the sunny Saturday afternoon in the last weekend of February, when we meet in Bar Luce at the Foundation Prada Foundation, he has left his position as the very first creative director of Boglioli: the 100-year-old tailoring company that reinvented itself at the beginning of this century through a distinct broken-in and garment-dyed aesthetic. Marello’s departure took place silently, gathering even less attention than his surprising and therewith underexposed appointment two years earlier. Nevertheless, for those who were paying attention: the recent ‘intimate’ presentation of the Autumn/Winter 2017 collection, instead of the usual runway show, could be clearly read as a marker that things were in turmoil, to say the least.

After the presentation in January, Marello left the company, making the impeccable collection —inspired by foggy Milan in the Winter, Leonardo da Vinci’s velatura painting technique and the photography of Saul Leiter— the last creations from his artistic vision to bring a modern elan to the label known for its ’soft’ unstructured and unlined tailoring. Although it is never mentioned directly: the end of his two year tenure at Boglioli lingers in the air at all times during our conversation, forming the perfect backdrop for Marello’s vision on the state of Italian tailored fashion and how it could, and should, change its framework to regain its traditional position as ‘luxury good’ — which, in the eyes of Marello, its DNA inherently demands.

Davide speaks better English than anyone we have spoken to during our trip to Milan. He chooses his words deliberately, is elegantly polite, speaking in an understated and thoughtful tone, without it ever transcending a feeling of insecurity on behalf of his insights. Despite having been born and bred in a time when Italy was still the epicenter of the global fashion ecosystem —a situation that has changed steadily in the last two decades— Marello proves to be clearly in touch with the capricious zeitgeist of today’s fashion, having found a strong personal position in a context constantly in flux. A position no longer in line with those in charge at Boglioli and therewith in the future possibly, for the first time in his career, taking him outside of Italy for work. “I wouldn’t mind living in Paris,” he states on what lies ahead, although he aims to stay close to himself: “I have no interest in starting my own label. I rather dive into the heritage of an existing label, making it my own and adding to a legacy that already holds cultural relevance.”

Classically trained as a tailor, before his time at Boglioli, Davide holds a 10-year-long position as head of tailoring at Gucci. First under Frida Giannini and during the beginning of Alessandro Michele’s reign. Yet despite his deep expert knowledge of the craft of tailoring, it becomes clear that Davide is part of the new generation of ‘curatorial’ creative directors that have come to dominate the industry. Although unrelated to his metier directly, the fact that he speaks English so well, in contrast to most other Italians, seems to represent Marello’s deep awareness of the intrinsic importance of communication beyond just design as an integral part of contemporary creative direction. More-so for us it creates an image of Marello being the ultimate ambassador of his creative vision as applied to Boglioli: combining a modern globally-rooted curatorial approach with the extraordinary level of craftsmanship in Italian tailoring with its inherent cultural ties. Which still forms the heart of the label, but needed to be reframed in the digital age.

We continue our conversation about the past of Italian tailoring, which in spite of its inwards-focussed culture succeeded to appeal worldwide through an overal stronger appreciation for and understanding of the lush craftsmanship behind it. A situation that changed when globalization and its ever-growing demand for higher speed started to sweep away the existing paradigms of the fashion world. Marello holds a still rare modern attitude in Italian tailored fashion, next to for instance his former creative director Alessandro Michele, who has introduced a similar globalization-proof attitude (and rising global sales) at Gucci, although having done so without any substance on the design level and holding on a very thin narrative. Marello at Boglioli spoke the language of the globalized world, but never lost touch with the essence what sets Italy culturally apart from any other country in the world: having a deeply engrained cultural finesse at its core, ranging from its diverse traditions in craftsmanship to its remarkable cuisine, which still makes it a highly refined country that has no equal.

I don’t believe that there exists such thing as affordable luxury. Luxury always takes time, because luxury demands the close attention of an expert … regardless of  the high agility many of the luxury houses advocate at this moment, there is only one tempo that really matters in the end: the heartbeat of a human being, who expertly crafts luxury into being.

The subject shifts to how in today’s world a lot of people seem to be under the impression that speed has become an essential asset in the luxury industry and as a result the phenomenon of affordable luxury has risen in its wake. Davide clearly takes position against it:

“Personally, I don’t believe that there exists such thing as affordable luxury. Luxury always takes time, because luxury demands the close attention of an expert. The so-called affordable luxury phenomenon are non-luxurious products given the right make-up. And regardless of the high agility many of the luxury houses advocate at this moment, there is only one tempo that really matters in the end: the heartbeat of a human being, who expertly crafts luxury into being. One can obviously push it into overdrive for a long time, which has been the case for years now, but in the end it won’t be able to cope and the heart will stop.”

On the question if any of the traditional Italian menswear tailoring houses is engaged in preserving the cultural heritage of its discipline in a globalization-proof way, Davide’s answer is clear: “No, I don’t think so.” He continues: “Business has taken over as the primary motivation behind many of the choices that are being made, with the cultural element remaining relatively relevant for the middle aged consumer in Italy, but even here it is fading as people don’t seem to be interested like they used to… The sartorial tradition was formerly way deeper engrained in the cultural matrix of any Italian.” At this moment in time only the food still holds its undisputed cultural position, to great relief of our Another family member Roel, who joined Davide at Boglioli as a graphic designer a little over a year ago, and (to Marello’s laughter) still gets excited over lunch every day: being a daily experience for the senses in hard contrast to the Dutch framework of just refueling the body for the rest of the day.

After this string of rather pessimistic conclusions, we end our conversation with a more positive feeling about the future when we agree on the following: while the situation is how it is today, it are the people like Davide that will be in the position to change these developments first hand. A conclusion which eventually becomes the one thought that resonates the strongest after our conversation. When discussing the exponential decrease of the worldwide appreciation for the culturally rooted refined tailoring that can only be found in Italy, and even worse the fading framework that cultivates an understanding of what the beating heart of this form of luxury is, it is not easy to stay optimistic that this understanding will ever return to its former level. It means that we have come to a situation that strongly demands from the people who still believe and understand these values, to find new contemporary ways of sharing their vision in the digital age. And although the fact that this context has grown more complex then ever, in the core this situation is not different than in the past, which after some contemplation leaves room for only one thing: hope that the current situation will change again, as it always has. After speaking with Davide, our hope has found some restoration.