“What art does — maybe what it does most completely — is tell us, make us feel that what we think we know, we don’t. There are whole worlds around us that we’ve never glimpsed.” Greil Marcus — Friday November 24th — 18:09 (CET) —

I love listening. It is one of the only spaces where you can be still and moved at the same time. — Nayyirah Waheed — Friday November 24th — 18:09 (CET) — 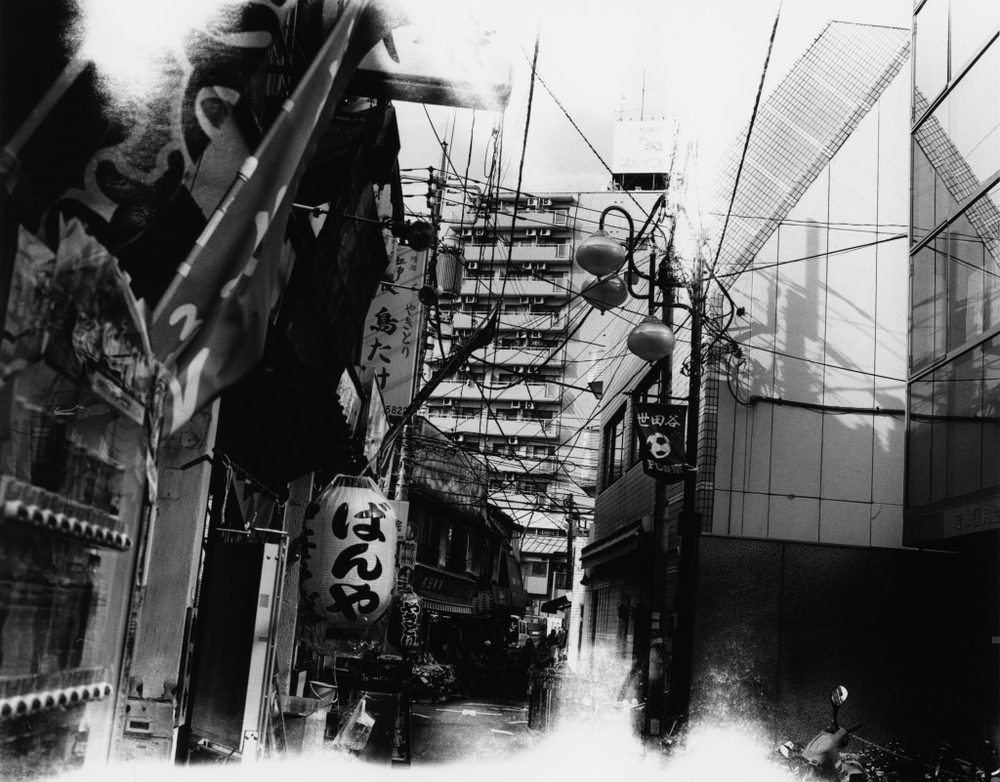 Lisbon-based publisher Pierre von Kleist is one of the creative platforms that we have had a love affair with from the moment when we first discovered their incredible publications. They say love fades over time, but Pierre von Kleist has consistently published top notch projects during the few years that we’ve been following them, making it safe to say that we feel no different than years ago. Their latest publication, that has been released last week, is named ‘Concrete Octopus’ and takes off where renown Japanese photographer Osamu Kanemura´s 2002 acclaimed ‘Spider’s Strategy’ left. For the first time, Pierre von Kleist teamed up with Tokyo-based publisher Osiris to create the beautiful new publication with new moody black and white work done between 2011 and 2013. As Kanemura’s familiar dark film noir alike signature runs through every page of the book, it fits perfectly that  film critic Chris Fujiwara was given the chance to write the accompanying text included in the book.

It would be strange and misleading, though obviously not wholly inaccurate, to call these photographs “images of the Japan of the present time.” Though they might perhaps have much to say to the social historian, their documentary function is circumscribed by the interest in exploring a visual universe too disunited and incomplete to be recognizable as a cultural or historical form. In these images, the world presents itself with great purity and without provocation or seduction, as though poised in the interval before the repetition of an already forgotten catastrophe. We can’t stop gazing at these new mysterious set of images, which underlines both the immaculate eye of Kanemura and the fact that next to being a publisher, Pierre von Kleist has transformed into a label of utmost quality, with everything they put out being deeply inspiring.

Photograph is not a device that understands and translates the world but is a device that corresponds to the world without having to understand at all. Capturing images is not an act of accurately reproducing. Even if seen one hundred times the outline becomes ambiguous, untraceable, misleading only to be indefinitely mistaken. Exploding the outline. Abandon this outline, abandon this division.

Osamu Kanemura is a photographer born and based in Tokyo. He has been photographing the cityscapes in his solid monochromes and has been named an important influence by for instance British documentary photographer Martin Parr. Since 1992, he has had more than twenty solo exhibitions in Tokyo, New York and other cities. His works have been featured in many exhibitions, including the 1996 ‘New Photography 12,’ The Museum of Modern Art, New York, the 1997 ‘Absolute Landscape,’ Yokohama Museum of Art, the 2004 Rencontres Internationales de la Photographie d’Arles, and the 2006 Venice Architecture Biennale. His 2002 photobook, ‘Spider’s Strategy’ is widely known as his major publication.

In collaboration with Osiris, Pierre von Kleist also created a special edition of 10 next to the regular publication of ‘Concrete Octopus’. In the custom made box you’ll find the publication and 1 Gelatin Silver print on Baryta Paper. To order one of the unique boxes see here.