I love listening. It is one of the only spaces where you can be still and moved at the same time. — Nayyirah Waheed — Thursday June 5th — 14:59 (CEST) —

“What art does — maybe what it does most completely — is tell us, make us feel that what we think we know, we don’t. There are whole worlds around us that we’ve never glimpsed.” Greil Marcus — Thursday June 5th — 14:59 (CEST) — 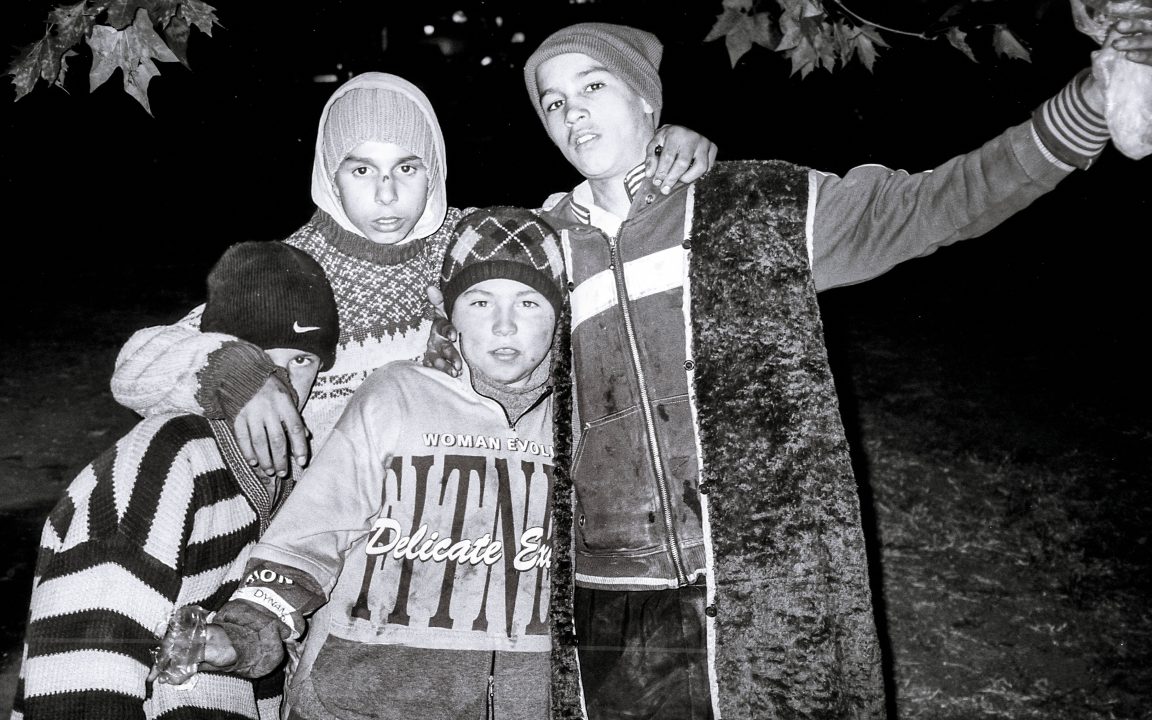 ‘Cinci Lei’ by Dutch photographer Joost Vandebrug follows the lives of a group of kids that inhabit the tunnels underneath the streets of Bucharest, oftenly referred to as the Lost Boys. Vandebrug has been documenting the Lost Boys since early 2011. Over the years he has become very close with many of them, learning their incredible stories. He saw the coming of age of a generation set against a backdrop of drug addiction, powerful friendships, orphanages, harsh winters and boiling summers. It started when Vandebrug gave Costel, one of the Lost Boys, a few pictures that he had shot of him the day before, and he then carefully invited him down to show where he lived. With no common language, photography became a way to communicate. ‘Cinci Lei’ has been the first official publication of the inspiring project by Vandebrug and was financed through Kickstarter.

While going down the tunnels in Bucharest early on in the project Vandebrug met ‘Bruce Lee’ for the first time, a strong, heavily tattooed man who seemed to be the boss of that particular end of the tunnels. Without knowing what exactly his position or motives were, the photographer respected him and appreciated the openness he offered. Over time, Bruce became somewhat indispensable for the project, in a way establishing his position in the project like his place on the streets. Now, the two have grown to friends, and without Bruce this documentation of the Lost Boys couldn’t have succeeded like it did.

In Luigi Vitali and Luca Guarini from DUST Magazine, Vandebrug found the perfect creative partners to collaborate with in getting the story of the Lost Boys out there in an elegant form. The art directors on this project founded DUST Magazine in 2012. The Berlin-based magazine is a biannual photography magazine about youth related existential themes. It is produced in Berlin and distributed worldwide, and puts emphasis on the awareness of the new generation making it the right partner for the story of the Lost Boys.

The Lost Boys are always put in this position that they’re sad, that they live on the streets and they shouldn’t be there—and, of course, that is without a doubt true—but they also are very strong. Like Nicu, one of those kids, has lived on the streets since he was three years old. He has an incredible strength to survive on the streets, an incredible knowledge of the streets but also of people. That’s a big part of who they are, and that’s, I think, part of the story, the exposure—it’s what I’d like to say, it’s what I’d like to tell. To try to help them out of pity is disrespectful to who they are. They’re so much more than that.

Joost Vandebrug is director and photographer from the Netherlands, based in London. His narrative work portrays spirited realism that engages on both social and emotional planes. After studying fine art and design at Gerrit Rietveld University in Amsterdam, Vandebrug worked with Erwin Olaf, where he developed and solidified his passion for visual storytelling. Vandebrug’s editorials clients include L’Uomo Vogue, Wonderland, Kid’s Wear, Dazed & Confused and Vogue Italia. His intimate and transformative work has enhanced campaigns for Nike, Tommy Hilfiger, Iris Van Herpen, and Kris Van Assche. He has participated in the Rotterdam, Berlin, San francisco and Paris film festivals.

For more information and to order the book see here.