I love listening. It is one of the only spaces where you can be still and moved at the same time. — Nayyirah Waheed — Friday November 20th — 12:00 (CET) —

“What art does — maybe what it does most completely — is tell us, make us feel that what we think we know, we don’t. There are whole worlds around us that we’ve never glimpsed.” Greil Marcus — Friday November 20th — 12:00 (CET) — 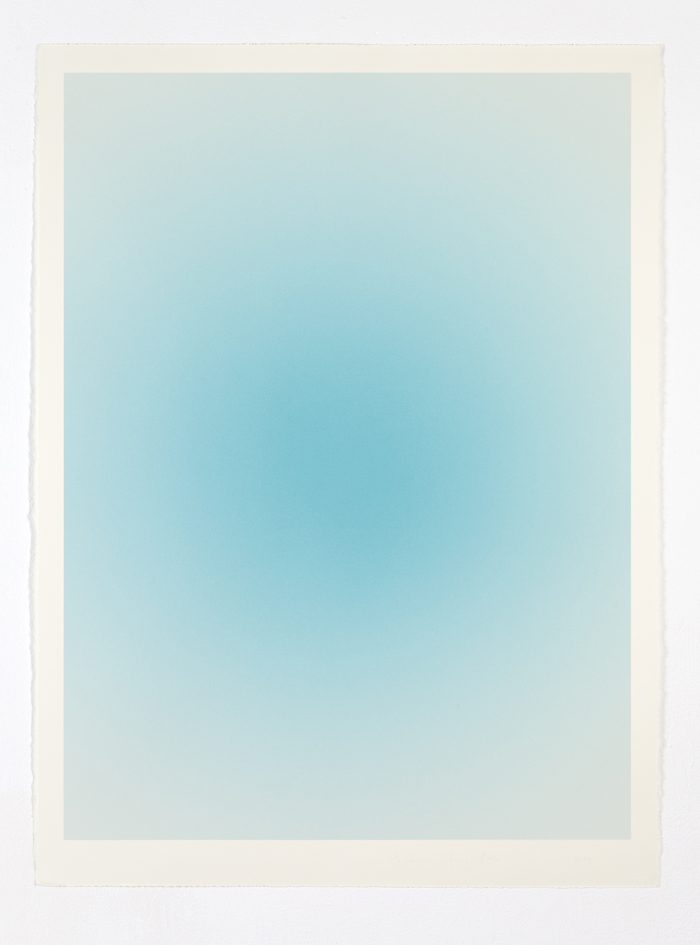 We are very inspired by the incredible ‘Atmosphere’ series of Chili-born, Berlin-based Macarena Ruiz-Tagle. The images of the artist are immaculately painted on paper, resembling color field paintings to perfection. Each of the works show a different mix of pigments that plays with the viewers’ perception and mood, being the result of an extensive physical movement training process of meticulously hand made accumulation of gradual degrees of saturation. When observed from close, there is a detailed pigmentation of the paper, and from a distance, the color vibration appears to the eye in an effort to focus the wandering mesmerizing tinted-air surface with blurry edges, forming a perfect vision of what the incredibly talented artist sees as atmospheres.

Fascinated by light as a material presence, which is a primordial element confined in the world revealing the surface and dimensions of space, Macarena Ruiz-Tagle’s work departs from the interest in the possibilities of the human eye, the physiological reactions and optical phenomena.

Interested in the interaction of light on different surfaces, Macarena Ruiz-Tagle works with the premise of assembling distilled and concentrated forms that instead of representing texture, space and light, her work presents these elements directly for the body to experiment.

The very talented Macarena Ruiz-Tagle was born in Chile and has been living and working in Berlin for several years now. The artist obtained a BFA at Universidad Católica, Santiago in Chile as well as MFA degree at Studio Arts during Sculpture Program at Concordia University in Montreal, Canada. In the period of 2011 until 2013 Ruiz-Tagle was a student of Olafur Eliasson at his Institut für Raumexperimente at Universität der Künste in Berlin, Germany. Her work, including the ‘Atmosphere’ series, has been exhibited in Santiago de Chile at Galeria Patricia Ready, Berlin and Vienna-based gallery Pony Project and at the The Others an Poppositions art fairs.

We can’t wait for more work by this incredible talent.

For more information and work by Macarena Ruiz-Tagle see here