“What art does — maybe what it does most completely — is tell us, make us feel that what we think we know, we don’t. There are whole worlds around us that we’ve never glimpsed.” Greil Marcus — Wednesday December 18th — 10:11 (CET) —

I love listening. It is one of the only spaces where you can be still and moved at the same time. — Nayyirah Waheed — Wednesday December 18th — 10:11 (CET) — 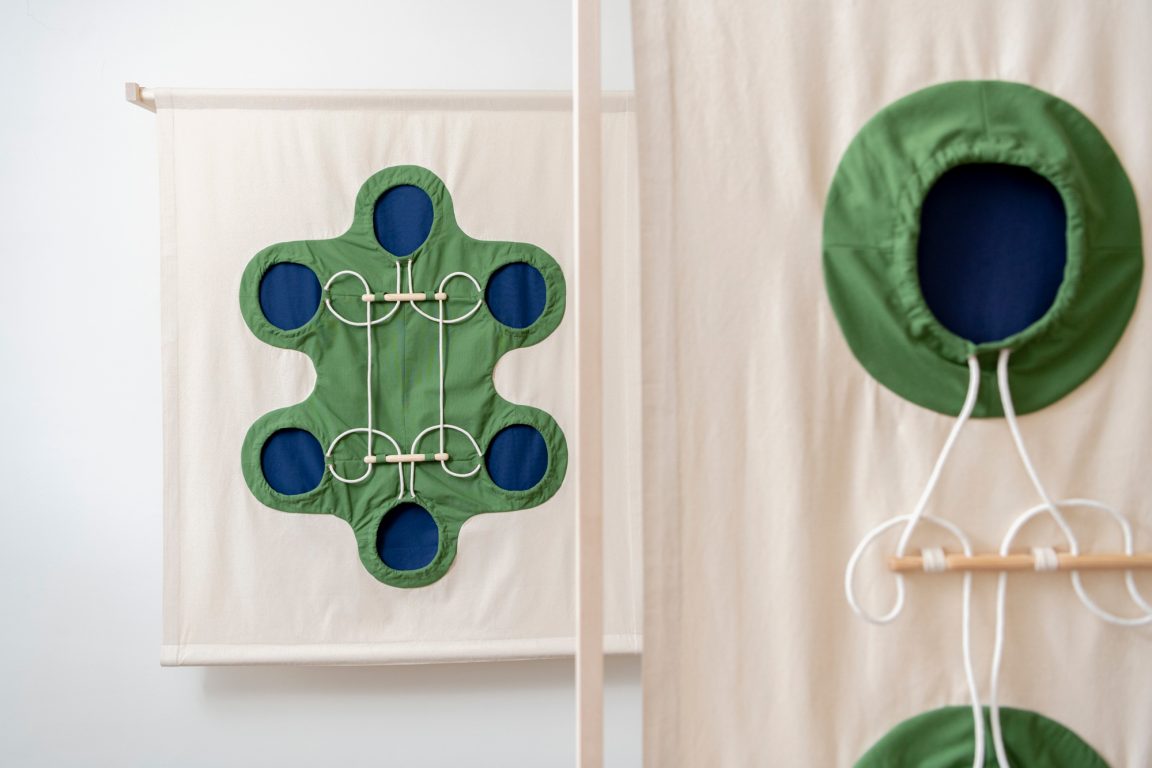 Way back (2008) we had a small online shop selling things we thought were worth selling, ranging from design notebooks to genius toys. One of the things we sold were hand sewn fabric footballs from Klas Ernflo. He moved from being a designer to illustrator to artist and with his latest work exhibited at Marta Los Angeles it feels all these worlds coming together in a beautiful way.
“Anorak” presents new large- scale, free-hanging textile paintings alongside several unique blanket- works and existing sculptures. The pieces, which variably suggest coverings for inclement weather, non-wearable shelter, and communal or familial garments, infer a soft network of voids and connectors atop canvas scrims that both describe and delineate space.

a subtle portraiture of other unnamed subjects

Ernflo’s exhibition takes its name from the Greenlandic ‘annoraaq’ (a parka or hooded jacket) and the British slang term ‘anorak,’ the latter of which describes an individual with particular interest in niche subject matter and was initially used in the United Kingdom to label so-called trainspotters. Over the course of a summer, Ernflo learned to sew by hand and machine, immersing himself in the nuances and tactility of a new medium while making marks with fabric that the artist might have previously rendered in paint. The results, made dimensional by the layering of material and the addition of various wood and rope fasteners, quietly imply the presence of the artist while rendering form that also connotes a subtle portraiture of other unnamed subjects.
Positioned just far enough away from the gallery’s walls to allow glances at each piece’s reverse, Ernflo’s textile paintings reveal themselves to be discretely double-sided: suitable both to wall-hanging and to screening, dividing, and defining space.

Klas Ernflo’s output ranges from drawings and paintings to sculptures and installations. He has published work in periodicals like Apartamento, Domus, Frame, and Le Monde d’Hermès. Initially trained as a commercial artist in Sweden, Ernflo has maintained a thematic and formal throughline across commissioned and independent work, returning time and again to the intimation of figure and body
by means of their coverings and accoutrements. “Anorak” is Ernflo’s first exhibition in the United States. Marta is pleased to introduce the artist’s work to a new audience here in Los Angeles and beyond.

Located in the Echo Park neighborhood of Los Angeles, Marta is an exhibition space that showcases practitioners working within and adjacent to the applied arts.
Committed to sup- porting artists, designers, and crafts- people whose works range in medium, scale, audience, and intention, Marta’s programming cele- brates an object’s life in domestic space.