“What art does — maybe what it does most completely — is tell us, make us feel that what we think we know, we don’t. There are whole worlds around us that we’ve never glimpsed.” Greil Marcus — Thursday May 31st — 12:58 (CEST) — 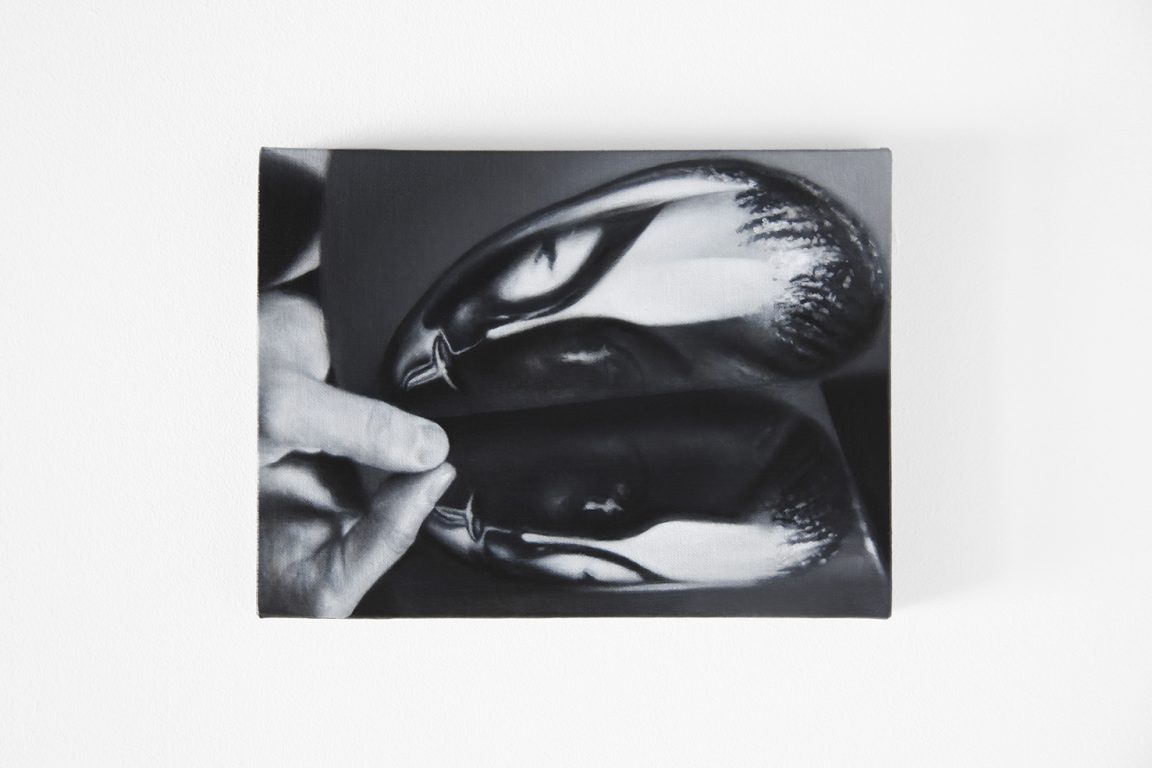 ‘MIRROR RIM’ by Alain Urrutia is a series of eleven paintings made to flip around, like a mirror, reflecting a fragmented and reconstructed alternative reality. Where he previously made super large paintings, these realistic small format black and white images, reframed and alienated from their historical value, are made to question our interpretations. The MIRROR RIM project was born from the idea of making two exhibitions in two different places that would change when moving from one space to the second one . The works from MIRROR RIM are composed symmetrically on their horizontal axis. The mirrored images we get in this way can be flipped 180 degrees. This is what happens when the exhibition is moved from one gallery to the second one. The paintings have been rotated so this second exhibition at Appleton Square in Lisbon, would work as the reflection of the first exhibition at the DIDAC Foundation in Santiago de Compostela. Hence the title of the exhibition, MIRROR RIM, a palindrome that refers to the edge of the mirror.

‘In a game of shadows, in which some details are highlighted by the addition of black and white layers, and by techniques of reframing and concealment, he produces evanescent and sometimes unattainable images. He does not see the use of photography as a translation exercise of mechanical/digital image into painting, but as a tool to build the pictorial image.’

‘Alain Urrutia. Bilbao, 1981 lives and works between London and Berlin. Graduated from the University of the Basque Country and the Brera Academy of Milan in 2004, he has resided abroad in the MA Studio in Beijing (2011) or Rogaland Art Center in Stavanger (Norway, 2008), among others. Alain Urrutia has exhibited his work in international art centers, including the Boston Center for the Arts, CA2M Madrid, Artium Vitoria and the Guggenheim Museum in Bilbao. Alain Urrutia is represented by the galleries Casado Santapau (Madrid) and Juan Silió (Santander).’

Have a look at his work here.

And when in Lisbon, make sure to visit MIRROR RIM at Appleton Square Gallery.