“What art does — maybe what it does most completely — is tell us, make us feel that what we think we know, we don’t. There are whole worlds around us that we’ve never glimpsed.” Greil Marcus — Sunday May 2nd — 19:45 (CEST) —

Maison Kitsuné is pleased to welcome the exclusive exhibition & magazine launch of Nothing You Don’t Know by American photographer Ben Pier. In Nothing You……

Following the success of its Maison Kitsuné Gallery, Parisian Maison Kitsuné's first ever pop-up shop in Hong Kong which inaugurated last March 2015, the brand settles down in the city for good with the opening of its beautiful first Maison Kitsuné Hong Kong pied-à-terre. Nestled in the famous shopping district of Causeway Bay, this new address of 80 m² reveals a post-modern chic space fusing the brand's parisian heritage with some subtle touches of traditional Asian decors. To celebrate this opening, Maison Kitsuné has re-edited its successful "Hongkongais" capsule collection, consisting of two t-shirts in new summer colorways as well as a bowling-inspired chambray dress and short sleeves shirt. exclusively available in the store. We love this great new chapter in the inspirational Kitsuné universe. [ Continue reading ]

There are a lot of new developments going on within the world of Kitsuné, with the all-new Condorcet store and Café Kitsuné opening its doors for the first time tomorrow, and more interesting projects to follow later in the year. Yesterday, in the midst of all these exciting new developments, Gildas Loaëc and Masaya Kuroki, the minds behind the brand, also presented a new seasonal collection and it is another win. With the just released Autmn/Winter 2015 collection Maison Kitsuné pays tribute to the mysterious soul and beauty of South Korea. For their latest collection, the brand utilizes a series of sophisticated cuts and details for men. Luxurious, refined and textured fabrics are boldly combined in the season's patterns - houndstooth, stripes, checkered prints - play with the contrasting effects. We particularly love the illustration by South Korean talent Daehyun Kim on one of the t-shirts. In a palette of neutral colors, as always - black, grey and an array of blues - which are offset by pale shades of beige and illuminated with dashes of red and silver, make it one of the strongest collections by Maison Kitsuné ever, still showing growth which will very likely cary the brand even further then where it is at this point. [ Continue reading ]

On the 24th of January inspirational force Maison Kitsuné will take up residence at number 68 rue Condorcet (9th arrondissement) in hometown Paris. Listed on the Inventory of Historical Monuments, the building in which the boutique will house was built in 1862 by the French architect Viollet-le-Duc. Conceived by Emiliano Salci and Britt Moran, of DIMORESTUDIO, the 70 m² venue welcomes both the men's and women's collections as well as a Café Kitsuné. Inspired by the universe of Maison Kitsuné and by a shared passion for detail and the mixing up of genres, DIMORESTUDIO unveils a warm and functional space where complimentary colours and textures, simple lighting and materials, symmetrical lines and volumes are core concepts. Shades of lapis blue and carmine red are given pride of place; the walls, floor and doorways are swathed in a satiny aluminium. Tables are rendered from stratified wood, blue and ivory, while the chairs in the Café Kitsuné are finished with amaranth fur. The all-dominating wood, in a variety of species and dimensions, has been recuperated and re-modelled to measure, creating an elegant environment in perfect Kitsuné style. We can't wait to visit! [ Continue reading ]

Today Maison Kitsuné released a preview of the spring/summer men’s collection for 2013. Inspired by the West Coast athletic man as an elegant city gentleman the collection comes with a relaxed, sporty chic style, while still keeping its preppy identity. Highlights of the collection include the one-of-a-kind hoddie made of Jules Tournier fabric, shirts in Japanese and Thomas Mason fabric, jackets and shorts in an array of different fabrics, such as the Japanese check and the Italian seersucker. [ Continue reading ]

Last week Maison Kitsuné released their Autumn-Winter 2012 Men’s collection designed by Masaya Kuroki. ‘Imagine a very sophisticated chic man riding his bicycle in the city with a traditional outfit… The epitome of elegance! This is exactly what is running in Maison Kitsuné designer Masaya Kuroki’s head. The… [ Continue reading ]

Strange Things Happen For A Reason 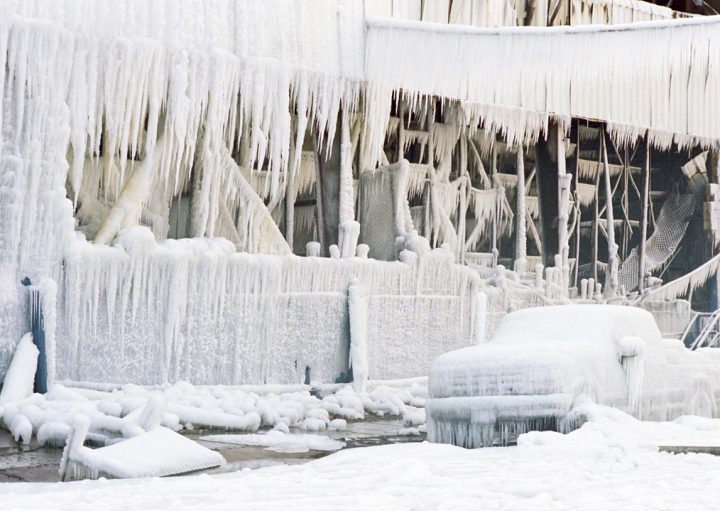 When in New York City tonight, make sure to drop by Printed Matter at 18:00 as the very talented Paris-born and New York-based photographer Clément Pascal will present his self-published book 'Strange Things Happen for a Reason' (made in collaboration with artist Edouard Nardon) to the world. Pascal is known for his exquisite intuition to catch the most interesting intimate moments between a photographer and his subject, resulting in a documentary-style photography, which he has been producing in a diverse field of assignments and series, ranging from portraits, fashion-photography and free work — of which the new book is a beautiful example. With a clear signature running through all of his work, the images the photographer creates in natural light are always delicate and intimate, whether it's a (gangster) rapper or, for instance, an artist on the other side of the lens: he seems to always succeed in creating the perfect playing field for his vision to blossom with all of them. Key in this, as stated by himself; is the fact that preparation and staging the imagery could lead to the absence or loss of ‘the opportune moment’ that defines his work. Anticipation leads his intuitive eye and lends suspense or a lack thereof for his images to arrive in the moment.

'Strange Things Happen for a Reason' defines that constant experimentation with photography. Much of the images included in this book point a finger to the context of the happenstance, a common arc in his work. The book serves as a modern-day instruction to forever entertain the appreciation of the unknown. The first quote in the book says it all:
Lose yourself once in a lifetime for God’s sake. Stop seeing your friends, you need a break. You need something new. Take a risk for God’s sake. [ Continue reading ]

In recent years a growing number of brands, institutions and (digital) platforms have seen the potential of engaging its community beyond their core activities - with fashion being the ultimate tool to turn following into ambassadors. Magazines, museums and galleries, to name a few - whether with help or alone - have successfully moved into the world of global (street)fashion, which has become a greedy monster searching for new brands to lend its temporarily hype to. Next to these somewhat foreign players on the market, there is no limit on new ‚traditional’ fashion brands coming to life either, making it rather hard to (continue to) stand out - with an overal lack of creativity/lending of ideas being the other evident reason.. A new name which in our eyes has succeeded in creating a brand with a durable potential - based on Parisian cool translated into on-point graphic design-based collections for males and females - is Club Pétanque, which was founded last year, inspired by the elegant all-French sport of Pétanque. [ Continue reading ]

Last week, on the 22nd of July, a great exhibition opened in the Parisian bar Ground Control, curated by the interesting young Mayday Mayday Mayday art/street culture platform. In the show named 'Reading 78', the still quite unknown but greatly talented French photographer Gil Rigoulet transports the spectator into the universe of the uncompromising British punk movement during the late Seventies. One year after the release of the now legendary and paradigm shifting 'Nevermind the Bollocks' record by the Sex Pistols, the English youth was having great fun, dancing like never before to the rhythms of the ever-hardening furious riffs. Taking place in the city of Reading, during its legendary rock festival: in the series a lawless zone is revealed in all its glory, portrayed in grainy black and white photographs - showing that in 1978 everything seemed to still be possible. [ Continue reading ]

The movie news of the year―at least on this side of the Atlantic―has almost wholly revolved around Spike Jonze's filmic adaptation of Maurice Sendak's seminal children's book, Where the Wild Things Are, an innocent-looking 48-page essential that no good mother would be caught without. The big screen version of the generation-transcending classic is quite visually spectacular and emotionally moving (I'm not going to get into criticism or review here―The New Yorker's for that), which is, not incidentally, what most Sendak fans assumed it wouldn't be. ("How can you―and why do you want to―inject live-action life into a masterpiece of the two dimensional?" many asked.) The magical transformation from innocuous paperback to grandiose $100-million-dollar-budget silver screen spectacle can be explained by noting the importance of a simple "a-ha" moment Jonze had several years ago upon splitting with his girlfriend Sophia Coppola: The Wild Things embody wild emotions (anger, fear, and loathing; happiness, exuberance, and excitement). The trouble-making director, along with one of this generation's most lauded scribes, Dave Eggers, transformed Sendak's bedtime story into an exploration of the most primordial feelings that unify us all.

Unusually, the film did not come attached with the usual Disney-style marketing package (numerous throw-away action figures, cheap pajamas, lunch boxes, video games, and so on), but rather a sort of grassroots call to (creative) arms. Where The Wild Things Are gave people the bug to simply create in reverential celebration of a seminal work of toddler fiction. Obviously, Jonze et al. had a roll in the development of these "extended value" efforts, but theirs was more of the warm, encouraging father than the demanding, out-of-touch boss. Read on for a rundown of some of my favorite objects that were created in concordance with the flick. [ Continue reading ]

It need not be reiterated that over the past few years we've seen an unprecedented number of collaborative projects between pairs or trios of brands that may or may not be from the same industry. Major efforts of this variety have been embraced by both massive corporations (Target has been doing it for years and now plans to work with Rodarte for a seasonal collection; Pepsi famously teamed up with A Bathing Ape; Jil Sander's +J line for Uniqlo is in stores now) and smaller ones (Monocle has worked with countless people, from Comme des Garçons to Porter; practically every issue of Arkitip, a tiny independent Southern California art publication, features a collaboration with folks like Mike Mills and Peter Saville).

This trend isn't unusual per se, however: All sorts of companies have partnered with non-employees and separate businesses for ages, but for the most part, such pairings haven't been publicized or used as marketing ploys. So why is it that we can no longer enter a store as ubiquitous as the Gap or J. Crew and not catch sight of a tag that features both the shop's name and an affiliate's? Simple: Sustaining a brand's image and reputation is harder than ever due to cheap forms of marketing and the impact of the Internet today; additionally, the "two is better than one" mindset has convinced many clothiers, luggage manufacturers, cobblers, liquor producers, and so on to shack up with competitors with equal ambition and creativity or companies outside of their field who can spread whatever product they make in conjunction to their loyalists. Belvedere may not be the choice vodka of hipsters, but if Parisian graffiti artist and restaurant and hotel owner André slaps his Mr. A. character on their bottles, it will instantly become a nightclub hit.

The following is a rundown of some of our favorite collaborations as of late in no particular order. [ Continue reading ]