“What art does — maybe what it does most completely — is tell us, make us feel that what we think we know, we don’t. There are whole worlds around us that we’ve never glimpsed.” Greil Marcus — Wednesday December 21st — 15:46 (CET) —

I love listening. It is one of the only spaces where you can be still and moved at the same time. — Nayyirah Waheed — Wednesday December 21st — 15:46 (CET) — 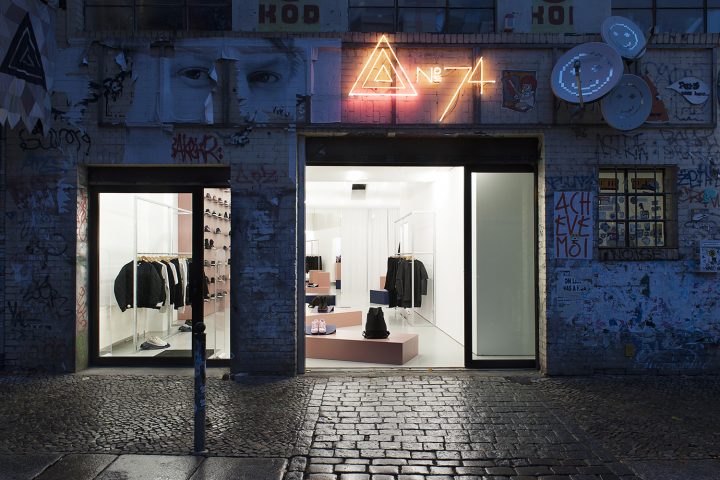 We've been appreciating the work and creative vision of Berlin-based duo Jacob Klein and Nathan Cowen, better known as Haw-Lin Services, for many years and last month they returned —after last Summer's exhibition 'Shows You' at the HVW8 Gallery— with another inspirational project. Created in collaboration with a second duo we hold in high regard; Geckeler Michels and Schroeder Rauch, the Haw-Lin guys were responsible for the complete redesign of Berlin's reopened No74 store, which became adidas’ first select store worldwide when it opened its doors in 2008, followed by Parisian No48 in 2013. The new vision for the Berlin store brings a fresh elan, combining clean displays in sharp lines in a toned down color palette, complemented with floating linear lighting that both represents Haw-Lin and adidas perfectly — resulting in a rich minimalist space with beautiful silent details, which above all puts focus on what's on display: the broad variety of different lines being designed under the adidas umbrella.  [ Continue reading ]

We are very inspired by LTAF ORIGIN. A design and craft research project by Jorinde Meline Barke, creator of label J-M-B JEWELRY, and Frank Michels, co-initiator at the great Berlin-based industrial design studio GECKELER MICHELS. The outcome of the project is a set of four different jewelry pieces implemented in an ancient indian lost-wax casting technique called Dhokra. During preliminary research, anthropological literature led to Dr. Jaidev Baghels’ workshop in Kondagaon — in the city of Chhattisgarh, India — a renowned hotspot for Dhokra. The jewelry pieces were crafted on site under Frank Michels' assistance with both primitive and thoroughly fascinating means. Dr. Jaidev Baghels’ son Buphendra Baghel played a decisive role with leading the making and his team of skilled workers. The seemingly simple process turned out to be a complex and almost alchemistic affair, reminiscent of the Bronze Age’s enormous power of technical and social revolution. Into operation came materials such as sulfur yellow beeswax and black industrial paraffin way, river bed mudd, cow dung and earth from termite’s nests. Remains from used brass vessels were being recycled, and two hens were sacrificed in order to arouse a succesful casting operation. [ Continue reading ]