“What art does — maybe what it does most completely — is tell us, make us feel that what we think we know, we don’t. There are whole worlds around us that we’ve never glimpsed.” Greil Marcus — Sunday December 31st — 20:44 (CET) —

I love listening. It is one of the only spaces where you can be still and moved at the same time. — Nayyirah Waheed — Sunday December 31st — 20:44 (CET) — 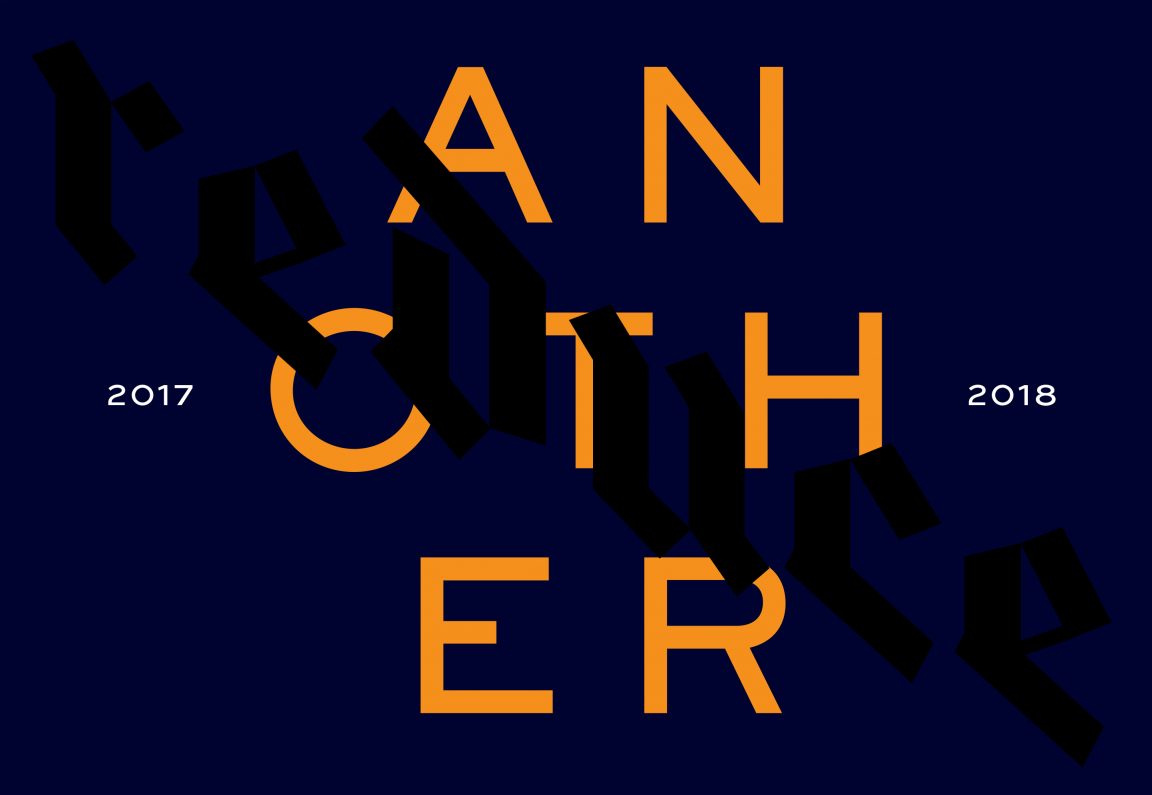 While we are in the last few hours of 2017, it is time to look back on a year in which a long list of new chapters were opened within the worlds of …,staat and NewWerktheater; New Amsterdam and of course Another Something — which sums up the core of all of our individual activities. Despite the undeniable fact that a complete new horizon has risen for the both of us in the last twelve months, bringing a totally renewed field of demands and focus points, it still feels like a year in which we have gotten closer to the place where we would like to be at most. A place where we are both able to do what we do best. More-so, it was also a year in which we were reminded urgently to not take anything for granted, which we’ll keep in the back of our heads from this particular moment on.

While aiming to do exactly this: taking nothing for granted, pushing ourselves to stay as hungry and ambitious as before, it proved that what we have done through Another Something for years remains as relevant as ever. Single out the people, projects and thoughts that inspire us most, continues to be the recipe that forms the fundament in everything we do, regardless of the particular field. Beyond finding inspiration and new thoughts in the work of others, above all it was a pleasure to collaborate with Lennard Kok, Suzan Becking and Michiel Verweij; Jackie Villevoye and Victor Ponten, giving us the chance to be part in three incredible projects: Fallen Bird, Aesthetic Memories and the upcoming feature film Catacombe. As the latter will be in cinemas only in September, there is no doubt in our minds that the upcoming year will be another one to be very excited about, holding many things to look forward to already as we write this — let’s just all start trying to reduce the noise and grab life only by the horns that really matter in 2018… We are ready for it.

Despite that we weren’t able to share as much as we would have liked, it was as enlightening as before to meet all of the inspirational people that crossed our paths, including:

Boglioli’s former creative director Davide Marello, who shared his vision on tailoring and luxury that needs one thing thing in particular: the beating of a human heart (made possible by our dear friend Roel Nabuurs) >> ‘The heartbeat of luxury’.

The Hague’s Royal Academy of Art’s head of Fashion & Textile and resurrected fashion designer Jurgi Persoons’ reflection on his remarkable year >> ‘Eye on the future’.

We were very excited to meet freshly graduated Rushemy Botter a day after his graduation show in Antwerp, underlining our hope that he will bring new elan in the Dutch multiculturality discourse through his exciting collections that are set to take over the world in the coming months >> ‘Rushemy Botter‘.

It was also very exciting to see our friend Yorit Kluitman wrap up his incredible ‘Bicycle Landscape’ project that  took him through all 388 Dutch municipalities, photographing the landscape between cities and villages, exclusive of people and buildings: a cross section of the organized Netherlands >> ‘Bicycle Landscape‘.

Our friend Koen Tossijn took things to another level by opening up his first brick and mortar store at Amsterdam’s Zeedijk street, proving once again why TOSSIJN embodies everything we inspire to do ourselves >> ‘TOSSIJN‘.

..And finally there was the discovery of the haunting world of a new instant favorite of ours: young Antwerp-based painter Bendt Eyckermans, who breaths new life in the former studio of his grandfather, sculptor Lode Eyckermans, which brought us an experience to never forget.. >> ‘Bendt Eyckermans‘

We have so much more to come in the next twelve months, so for now let’s all …
Reduce some more of what we don’t need in 2018!