“What art does — maybe what it does most completely — is tell us, make us feel that what we think we know, we don’t. There are whole worlds around us that we’ve never glimpsed.” Greil Marcus — Saturday September 5th — 11:22 (CEST) —

I love listening. It is one of the only spaces where you can be still and moved at the same time. — Nayyirah Waheed — Saturday September 5th — 11:22 (CEST) —

We have been following the very talented Japanese designer Yusuke Seki for a couple of years in which he is constantly taking his work to the next level, whether it was for the Interior Design Office in Tokyo, corporate clients such as AU or Sony, and his independent projects on design products and architectural space design, of which many have been exhibited at the Milan Salone, Designer’s block, the Tokyo Style Exhibition, Stockholm Furniture and Light Fair. After establishing his own studio in 2008, Seki has designed for a variety of spaces, from shops like his incredible design for the Kyoto-based kimono store Otsuka-Dofukuten and his work at Nakagawa Masashichi Shoten-gai, to candy stores and salons like his work for Kolmio+LIM and most recently the utterly incredible Maruhiro Flagship Store. With Seki being such an everlasting source of inspiration, we asked him what he finds inspirational in life. [ Continue reading ]

We have been following the very talented Japanese designer Yusuke Seki for a while now and his latest project really took it to the next level. In April of this year Seki finished the new flagship store of Maruhiro - the leading producer of Hasami ceramics - in Nagasaki from an extraordinary vision. The designer’s work marries an architectural knowledge with the artisanal know-how of the region, and in so doing, creating an entirely location- and situation-specific experience with an extraordinary autonomous feel rather than that of a store. Seki's methods seek to amplify Hasami’s rich heritage. His minimal, yet immersive design interference; the modification in the level of the floor, not only utilizes the pre-existing space to alter the perspective and experiences held by the users until the present, but also gives birth to an entirely new sense of flow within ceramics. So inspirational! [ Continue reading ] 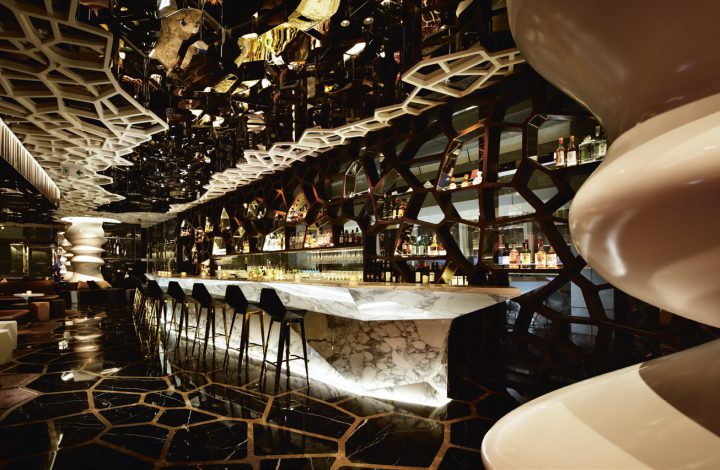 Next to other Japanese frontrunners in interior design who have inspired us deeply over the last few years; names like Yusuke Seki, Jo Nagasaka of Schemata Architects, SIDES CORE and the ever-inspirational Nendo, Masamichi Katayama's legendary Wonderwall design firm is a name that was still clearly missing in our online reflections of what moves us in the creations of others. Fortunately, with last August's presentation of 'Wonderwall Case Studies', we can finally show our appreciation for their incredible vision, which this Summer was honored by Gestalten with the very first comprehensive exploration of the work, process, and mind-set of what is one of the most influential interior design firms in the world. The release of the compendium not only celebrates Katayama’s 15-year old prolific and profound body of work, but also honors the designer’s 50th birthday. Wonderwall’s East meets West approach to retail design has produced integral successes like the development of a inspirational brand space for Lexus; to the global flagship design of Uniqlo, that has become something of a benchmark in its field — the book presents rich documentation on eleven milestone projects out of a portfolio brimming with international projects, exciting collaborations, and an impressive list of clientele. Visual essays showcase the Wonderwall working culture. An in-depth profile, written by the M+ design curator Aric Chen, provides insight into Katayama’s early years, education, key influences, and major professional achievements. And a final catalog section presents a visual overview of twenty-three additional agency projects, highlighting Wonderwall’s reach and renown.

Step into this unprecedented insight of Masamichi Katayama's mind, that goes far beyond just the finished projects, giving a unique perspective on his and Wonderwall's extraordinary level of excellence.  [ Continue reading ]

Designed by the great Yusuke Seki 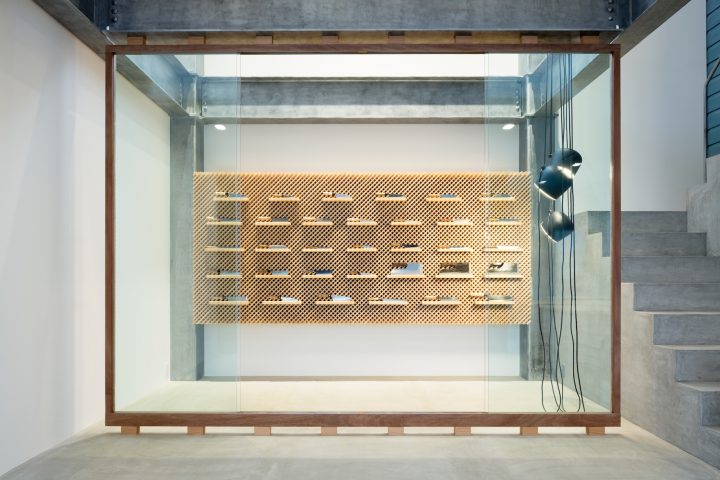 From the moment we discovered the incredible kimono store Otsuka-Dofukuten in 2013, we became a fan of the creative visionary behind it: the incredible Tokyo-based designer Yusuke Seki. Since that moment we have been following his every move and amongst other things have asked him about what inspires him in life last year. This week Seki has released his latest project, which forms another incredible addition to his already impressive catalogue. Located in Tsubame-Sanjo, a blacksmithing town with over 300 years of history, Seki created the new shop for Tadafusa - an esteemed manufacturer of hand-forged knives - in which the notion of a cutting board shop is a thread woven deeply into the space's concept. Blending the existing building's exterior and an interior wall with his own design interventions, Seki re-envisioned the standard knife display case having created an extraordinary customer-knife interface out of crossed spruce lines. Commonly seen as a locked case of shallow depth with a large number of implements displayed vertically within has been given a more human scale, the sliding glass doors remain, but the 'case' itself is meant to be entered, not merely opened. The result is both highly aesthetically yet also promises a unique store experience due to the remarkable concept  which inspired the specific form. Without a doubt Yusuke Seki remains an everlasting source of inspiration. [ Continue reading ]

Yet another amazing project by Yusuke Seki. This time situated in Japan's second largest city Osaka, the inspirational designer created a immaculate store for nail salon Kolmio+LIM. Completed in September 2013 as an expansion of the popular Less Is More (LIM) hair salon, Seki incorporates elements inspired by the services and name: 'kolmio' means triangle in Finnish. The first element in this approach is the color palette: based directly on the tones of human skin and nails. Other design features are inspired by the layering process of painting nails: an opening in the impressive wooden zigzag wall; a pattern used regularly on nails, lets natural light into the main space, while groups of three stools, three mirrors and three beauty chairs are all direct references to the salon’s name. The beautiful space evokes a sentiment of relaxation through its overall serene, minimal aesthetic which fits a salon perfectly. [ Continue reading ]

Yusuke Seki designed this beautiful retail space named Nakagawa Masashichi Shoten-gai for a 300-year old traditional Japanese fabric producer's store in the Tokyo's midtown shopping complex. 'Shoten-gai' refers to a traditional shopping street, located within the centre of a (small) town, which one finds throughout Japan. However, the faces of these shopping areas have changed significantly over the years, with large drugstore chains and convenience stores replacing the local artisans. Inspired by the original shoten-gai and with the intention to recreate its charm, Seki designed a new type of market place; which is more suitable and competitive within modern life, but with a traditional character. [ Continue reading ]

We really like the last year's November opened Otsuka-Dofukuten store designed by Yusuke Seki. The store is located at the feet of the Yasaka Shrine which is a Shinto shrine in the Gion District of Kyoto, Japan. The beautifully designed store has as a goal to reintroduce the traditional Japanese kimono culture. The kimono is a cloth which traditionally had a varying range of prices and quality. Therefore the cloth was affordable within different layers of Japanese society and people wore kimonos in everyday life. Over the last decades however it became more and more common to only wear a kimono on special occasions which resulted in the industry focusing on expensive, high quality kimonos and the cheaper (quality) cloths became less and less available. [ Continue reading ]