We are very inspired by the latest project of French photographer Vincent Fournier named Post Natural History. The marvelous project is based on current research regarding synthetic biology and the reprogramming of stem cells and is being exhibited for the public now at The Ravestijn Gallery in Amsterdam. Since visiting the Palais de la Découverte in Paris as a young boy, Fournier has highly been fascinated by the wonders of the world; such as astronomy, space travel, geology, biology and physics which clearly shows in his work. [ Continue reading ] 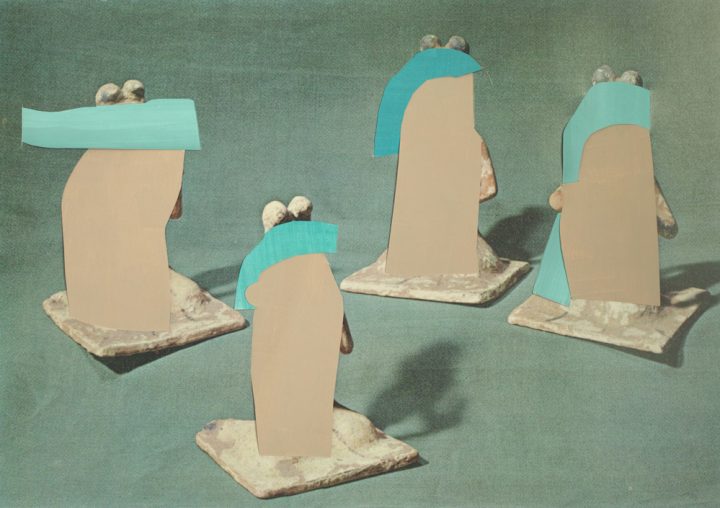 Last Saturday, one of our favorite Amsterdam-based galleries; The Ravestijn Gallery, opened a new show by Dutch collage artist Ruth van Beek named 'The Situation Room', which we feel ends a very interesting year of exhibitions, following other favorite shows by Vincent Fournier and Robin de Puy. The work of van Beek originates in her ever-growing archive. The images, mainly from old photo books, are her tools, source material and context. By folding, cutting, or adding pieces of painted paper, she rearranges and manipulates the image until her interventions reveal the universe that lay within them.

With her imagery, van Beek triggers the imagination of the viewer: passive human hands are animated, objects turn into characters, and abstract shapes come to life. The original image may have been taken out of context, but the familiar imagery –the formal photography of an instruction book, a clearly displayed object, or a staged action– remains recognizable, and thus speaks to our collective memory. Contrasting elements engage in conversation in van Beek’s work: the dead past coming to life; the literal and the abstract; displaying and concealing expressively; both the limitation and the endless possibility of an archive. Hereby, van Beek joins a new generation of artists that, by finding restriction in closed archives, offer a counterweight to the limitless availability of information. The constant organization of the world around her even gets a literal representation in van Beek’s work: the rearranging hands of instruction books appear and reappear, like a self-portrait of the artist as a creator. [ Continue reading ]

Vincent Fournier at The Ravestijn Gallery 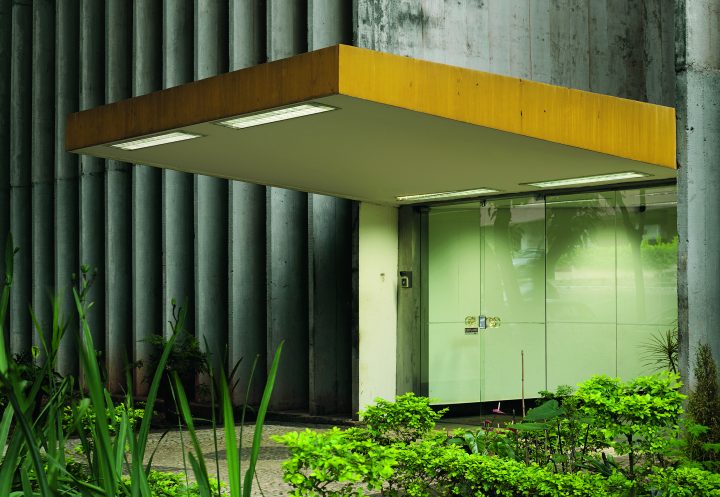 Two weeks ago a new show by the very talented Vincent Fournier named 'Brasília' opened in one our favorites of Amsterdam: The Ravestijn Gallery. After his super inspirational series 'Post Natural History' was on display in Amsterdam in 2014, the French photographic artist returns with a series taken from a totally different perspective and taken in a dissimilar arena. As the name of the exhibition suggest, the series focusses on the Brazilian capital Brasília, which is a one of a kind city composed of reinforced concrete, a paragon of the tenets of modernist architecture and city planning. Enfolded by the artificial Paranoá Lake, the city fashions a curious structural plane; a grid-like formula of post- war modernism arranged into a light curve. Brasília was constructed in the late 50’s from scratch according to the blueprints by the urban planner Lucío Costa, landscape designer Roberto Burle Marx and the architect Oscar Niemeyer. The three designers proposed a set of speculative opportunities for the future of architectural utopia; future, that some sixty years later has lost itself somewhere in the murky water between the past and present. A far cry from the buzzing city streets of Rio and São Paulo, Brasília is a plateau mostly of purpose-built bureaucratic and governmental settings. The austerity of modernist architecture lends itself to Vincent Fournier’s photography series that bear the name of the concrete capital. The result is a aesthetically captivating, perfectly stylized and emotionally haunting series, feeling like stills from a David Lynch film, showing the artificial city from a remarkably constructed perspective. Make sure to see it when in Amsterdam before the 28th of May! [ Continue reading ]

We wrote about the stunning 'Post Natural History' project by French photographer Vincent Fournier last year when it was on display at the Amsterdam-based Ravenstein Gallery and we still find it one of the most interesting series we've seen in a long time. While the images themselves will leave you speechless regardless, Fournier in collaboration with Paris and New York-based creative Studio be-poles also created an amazing limited box set form which does 'Post Natural History' justice perfectly. We mentioned this collaboration in our last writing, but last month it returned on our rader as 20 of the 50 sets with signed and numbered color prints on fuji crystal archivemounted onto embossed board editions were (and are, at the time of writing only 1 edition was still available) for sale at the inspirational Los Angeles-based gallery/boutique Please Do Not Enter, which was kind enough to provide the imagery of this highly inspirational and elegant new form of the incredible series. [ Continue reading ]