I love listening. It is one of the only spaces where you can be still and moved at the same time. — Nayyirah Waheed — Wednesday July 31st — 13:13 (CEST) —

“What art does — maybe what it does most completely — is tell us, make us feel that what we think we know, we don’t. There are whole worlds around us that we’ve never glimpsed.” Greil Marcus — Wednesday July 31st — 13:13 (CEST) — 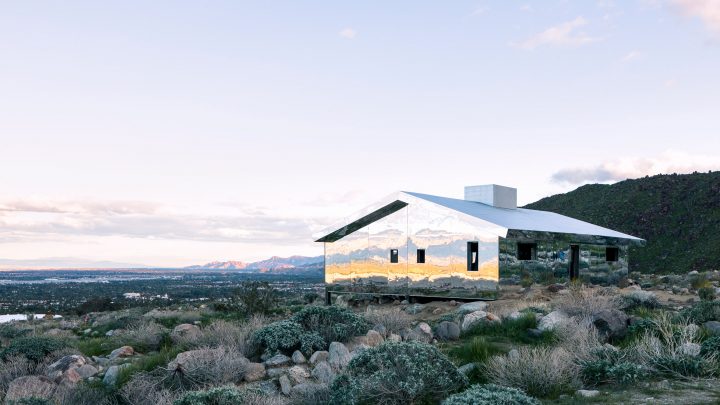 At the end of last month, American artist and filmmaker Doug Aitken presented his latest incredible creation to the public, which at this moment is our favorite work he has created thus far. Part of the unique Desert X exhibition, that features a curated selection of site-specific works in the Coachella Valley in the Southern California desert, his creation named 'Mirage' is a installation utilizing the form of a ranch style suburban American house composed of reflective mirrored surfaces. It distills the recognizable and repetitious suburban home into the essence of its lines, reflecting, and disappearing into the vast western landscape. As movement was the driving force behind the settling of the American West, and the long flat vistas that stretched toward the Pacific shaped the ideology behind this iconic embodiment of American architecture, Aitken found inspiration in the history of the site to create his vision on reflection. The specific California Ranch Style, which is unique to the West, was informed by the ideas of legendary architect Frank Lloyd Wright, who believed that architecture should be both in and of the landscape.

In the 1920s and ‘30s a small inspired group of architects working in California and the West created the first suburban ranch style houses, fusing Wright’s fluid treatment of spaces with the simple one-story homes built by ranchers. After World War II, the ranch style’s streamlined simplicity gained popularity and commercial builders employed a simplified assembly line approach to create this efficient form, matching the rapid growth of the suburbs. The mass-produced ranch home became a familiar sight across the country, the style filling the American landscape as quickly as each new subdivision was built and was reinvented for the 21st century by Aitken as the ultimate tool for reflection on the rich past of this area. For those visiting Southern California before the 31st of October make sure not to miss this unique work in the middle of the desert, offering a unique perspective in a place where you are doomed to meet yourself anyway. [ Continue reading ] 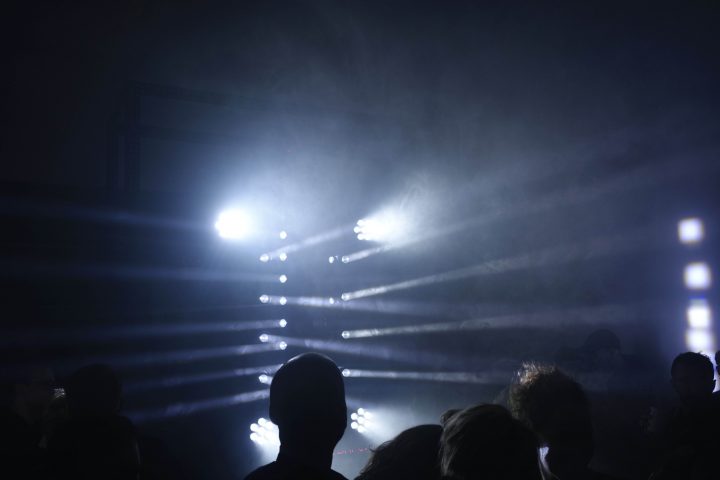 One of the highlights of last month's Salone del Mobile came from renown Munich-based creatives Konstantin Grcic and Mirko Borsche, who presented their one-off shared project named EPOCSODIELAK — a light machine that can turn any room into a raving club. The light and sound installation is the result of a chance creative collaboration between the two renowned German designers, internationally recognized in the product and graphic design fields respectively. Given the ambiguous moniker EPOCSODIELAK, the impressive machine is a 3x2x1 meter, free-standing Disco Totem. Made in black powder coated steel and chainlink fencing, it is equipped with a tight cluster of strobe lights, lasers, a fog machine and mix desks. Powered by a 1200 Watt dynamic sound system, the project proposes a self-sufficient sound/light unit, which has enough whack to turn any space into a state- of-the-art disco. With its design kept to a minimum, through the choices of non-complex industrial materials, next to on the other hand its surprising audio-visual power the machine marries both of Grcic and  Borsche's individual talents to delightfully communicate in an iconic language within their fields of specialism. Both designers create through deliberate minimal touches with maximum effect in their own field and put that together resulted in this mobile disco experience boiled down to its bare essentials, still having maximum impact. We love it!

The installation was first presented by KALEIDOSCOPE and ZEITmagazin on the occasion of Salone, where 400 guests followed the invitation to KALEIDOSCOPE’s project space and celebrated the superlamp with a party that was quoted to be among the favorites of this year's edition in Milan.  [ Continue reading ]

2013 was an amazing year! A year with great heights, far travels, and inspiring connections. Trips to Tokyo, New York, Basel and more. Always dipping into the unknown, meeting inspiring people and discovering great stories. Business-wise it was a preparatory year. We’ve worked on the new Dutch stamps which will be launched on the second of January 2014. We’re working on our own watch brand. We’re working on a new bicycle brand, a travel concept, a new shop experience and much, much more that will see daylight in 2014. We’ve strengthened our team with Chris, our premium researcher and chief editor of the blog, and we’ve worked together with the so many amazing people. We hardly can’t wait for the new year and really looking forward to keep it all going. Thank you all for the support and have a great start of the new year!