“What art does — maybe what it does most completely — is tell us, make us feel that what we think we know, we don’t. There are whole worlds around us that we’ve never glimpsed.” Greil Marcus — Tuesday June 21st — 10:05 (CEST) —

We have been following Bergen-based elegant rainwear brand Norwegian Rain from the very inception of the label in 2009. Over the years it has found a close following worldwide, both through their ever-evolving cutting-edge collection of supreme quality outerwear and because of their now famous  founders, designer Michael Tetteh Nartey also known as T-Michael and Alexander Helle, being the perfect ambassadors of what the brand stands for, having become street style blogs favorites since they arrived in the menswear world. Two weeks ago, an incredible new chapter started for Alexander and Michael, when they opened their first stand alone store outside of Norway —where they house in hometown Bergen and Oslo— crossing the water of the Northsea landing at an iconic London location, taking a big step forward in their endeavors. Opened on the 11th of June, the 1450 ft2 space houses the entire collection of Norwegian Rain’s iconic rainwear for both men and women including their signature pieces like the Raincho, the incredible Moscow coat and the Warrior. The store will also stock suits, shoes and leather goods from T-Michael's namesake label, as well as a carefully curated selection of Scandinavian mid-century furniture by Modern Tribute. When in London make sure to step into the elegant universe of Norwegian Rain, and what better place to do so in another city (next to Bergen — the rainiest city of the world) renown for its rain. [ Continue reading ]

Continuing where two of the most inspirational forces in fashion, T-Michael and Alexander Helle of one of our favorite outerwear brands; Bergen-based Norwegian Rain, left off last winter with the beautiful The Arctic Coat Collection, they now present the Autumn/Winter styles for 2015. As always purveying the ethos of the brand: creating some of the most functional outerwear on the market without compromising on style, with the extraordinary hi-tech elements hidden within the elegant designs with avant-garde touches. For the new beautiful seasonal imagery the brand teamed up with regular collaborator, photographer Bent René Synnevaag who joined forces with Japanese stylist Kanako B Koga, in a clean series portraying a collective of Japanese common men and a woman wearing the immaculate coats on typical locations for the Land of the Rising Sun, which has formed an important inspiration for the brand both aesthetically as in the exquisite level of craftsmanship. [ Continue reading ]

In its Autumn/Winter 2014 collection Norwegian Rain introduces two extraordinary new coats. The beautiful Moscow and Rive Gauche coat are the first products with which Norwegian Rain expands its waterproof philosophy unto the field of extreme winter coats. The brief for the coats was: "How to make a jacket that will keep you warm and comfortable no matter how biting cold it is, and in a stylistic way", which was executed in the signature style designer T-Michael rightfully has made a name for itself with. Key element to succeed in the creation was finding a new partner who would be able to produce the premium thermal garments needed for the coats, matching the highest quality of the elegant waterproof garments from Japan used for the other coats of Norwegian Rain. [ Continue reading ]

With summers in the Netherlands being very unpredictable (although we can't complain now) it's wise to have good rainwear all year around and our favourite Norwegian Rain succeeds once more in delivering a very impressive collection. The look-book for the upcoming Spring/Summer 2014 collection, again, is a lovely one. Shot by regular Norwegian Rain collaborator Bent René Synnevåg and styled by Emely Catherina Skjelbred Murray it perfectly resonate the eye for detail, the amazing fabrics and beautiful colour palette. [ Continue reading ]

Our favourite rainwear by Norwegian Rain is this mixed black single breasted raincoat with Cashmere lining in the collar for ultimate comfort on cold and windy days. [ Continue reading ]

With summer definitely turning it's back on the Netherlands and the familiar climate of rain and wind returning, the time of appropriate clothing is here once again. Some of the finest rain and wind proof clothing comes from the earlier introduced, and evermore incredible Norwegian Rain. The Norwegians have made their lookbook for Spring/Summer 2013 a special one. For the presentation of their upcoming collection the Norwegians have gotten rising modeling star Erjona Ala to feature alongside her father Musa, who's been at his daughter's side from the beginning of her career. [ Continue reading ]

It's not really a day for raincoats here in the Netherlands, but these will definitely cover you for snow, glazed frost and ice storms as well. Norwegian Rain just released their second collection of high-tech and fashionable raincoats, made of 100% recycled textiles of Japan, cashmere and organic cottons. Neatly designed with hidden air holes, water tunnel, sealed seams and only 270 numbered limited editions it is really a must have for every man. [ Continue reading ]

We really like the latest project of Norwegian Rain's co-founder, and one of our favorite people working in fashion; the immaculate T-Michael, who joint forces with Dutch optics specialist Ralph Vaessen in a collaboration which was officially launched yesterday at Pitti Uomo. Both T-Michael and Vaessen have a distinct sense of elegant stand-out style and a sincere love for luxurious craftsmanship and after a chance meeting their new creative enterprise was born. The result is a capsule collection of one model; simplistic yet tantalizing for the pure at heart and the lover of devilish detailing. Named 'Raphael', the extraordinary glasses are produced by hand in Germany of natural horn - the material of choice for most of Ralph Vaessen's models and a clear favorite of ourselves as wel - and comes in four color ways: ivory, slate, grey, ebony and chocolate.  [ Continue reading ]

With all the fashion fairs ahead during the coming weeks, there's a lot to share. From collaborations (Nigel Cabourn with Midori Notebooks) to new and upcoming brands, it's all there. First one is a project by  Sam Lambert and Shaka Maidoh, together with one of our favourite designers T-Michael (designer at Norwegian Rain, amongst others). Sam and Shaka selected a group of creatives from all over the world to create the essential sartorial travel pack.  [ Continue reading ] 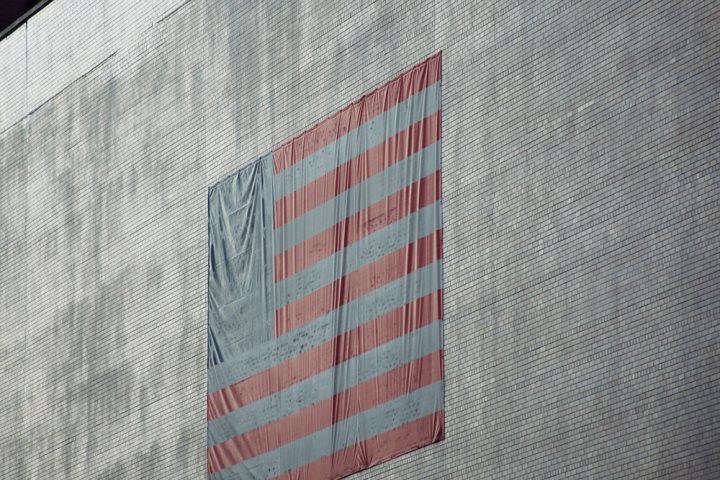 Recently the promising 'Nowhere Like Home' project by Norwegian Design Academy Eindhoven student Jonas Ersland was brought to our attention. The on-going photographic series started one and a half years ago on a little island in the very south of Norway. There, Ersland found himself back on the place where he had spent every summer since his childhood, after having lived a year abroad in Eindhoven for his studies. For the first time in his life he realized how familiar this place was to him. Every tree, every little street, all the elements you take for granted when you know a place from the inside spoke to him through their ingrained shapes and forms. To catch this exact sentiment, Ersland decided he needed to document his surroundings, imagining what it would look like to someone from the outside. After the first series, taken in the Southern Norwegian town Mandal, he continued making these monthly series from different places, trying to observe each place as an old friend, but from the perspective of an outsider, which at this point the spectator all over Europe: from his current hometown Eindhoven to Paris, different places in Norway, Milan and New York City. In his imagery Ersland seems to be clearly influenced by the impactful isolated imagery of names like Daniel Everett and Adrià Cañameras, but he proves to be of value in the genre with his unique qualities both through his personal aesthetic vision and the accompanying narrative forming the motif of the series. We look forward to more in this project by the talented photographer. [ Continue reading ]

In these heated, confusing times of economic recession and political angst, unavoidably and inevitably, we all find ourselves listening to music of the more soothing variety to put our world in balance and perspective. Some folks veer towards the classical end of the musical spectrum while others default to country; the cheesier of those among us turn to Kenny G. while the more refined look to Coltraine; but we Anthem staffers increasingly find ourselves on a sonic journey to Scandinavia for our aural Xanax fix.

Maybe it's the fjords; maybe it's the omega-3 fatty acid diet; or maybe it's just the placid snow-covered, oftentimes sunless landscape the Northerners dwell in. Whatever it is, we Americans find ourselves entirely in want of the X Factor that is making the musicians mentioned below (and many more) pump out such mesmerizing and enchanting tunes. Here are some of our favorite new disco/new Balearic/cosmic disco favorites (don't worry about the genre monikers―just jam). [ Continue reading ]